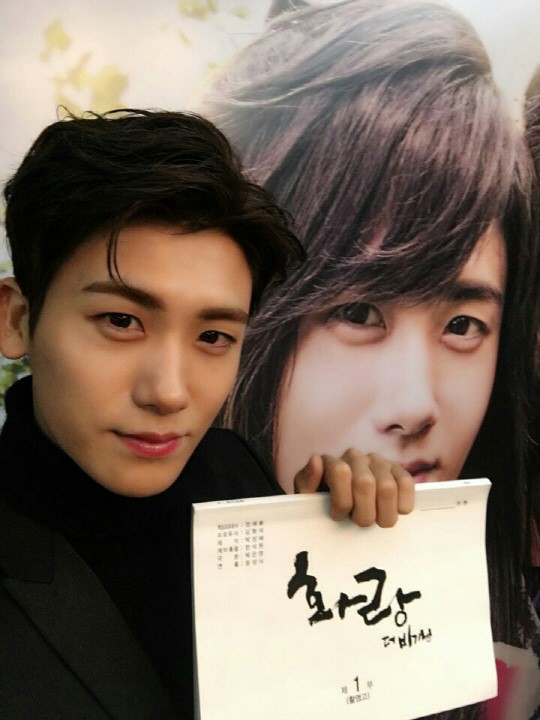 ZE:A’s Park Hyung Sik cannot seem to hide his excitement for the premiere of his drama “Hwarang,” which airs its first episode on December 19!

On December 19, Star Empire Entertainment uploaded a photo of Park Hyung Sik via their official social media site. The released image shows Park Hyung Sik holding the script from the first episode of “Hwarang” as he poses next to a picture of himself.

Along with the photo, Park Hyung Sik also wrote, “The first episode of ‘Hwarang’ will finally be airing soon. I’m nervous yet excited. The actors and staff gave their best effort for this drama, so I believe it will warm the hearts of young people this winter. Please give it lots of love and support, and don’t forget to watch it tonight.”

“Hwarang” is about the handsome warriors who protect the capital of Silla. Park Hyung Sik’s character Sam Maek Jong is described as a “faceless king” who wants to free himself from his social standing.