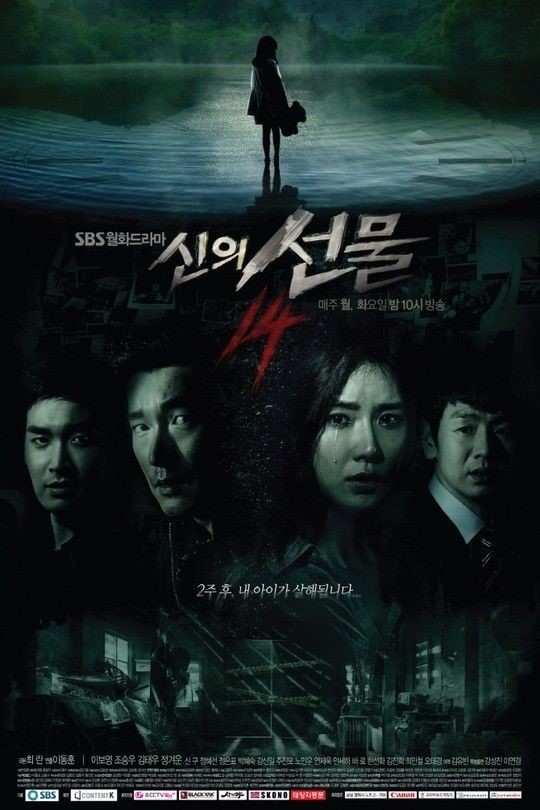 SBS’s drama “God’s Gift – 14 days” has been confirmed to be remade in America by ABC. The drama will be titled “Somewhere Between,” and is set to air in the summer of 2017.

“God’s Gift – 14 Days” aired in March of 2014, and revolves around a mother who travels back and forth in time to save her loving daughter. The drama stars Lee Bo Young, Cho Seung Woo, Kim Tae Woo, Jung Gyu Woon, Kim Yoo Bin, and more.

This is a huge step forward in globalization for the Korean drama industry. Until now, tvN’s “Nine,” KBS’s “Good Doctor,” “Neighborhood Lawyer Jo Deul Ho,” SBS’s “My Love From the Star,” and more have signed an optional contract for remakes with foreign countries, but this is the first time that the production for the remake has been confirmed.

As ABC’s “Mistresses” was recently canceled, the remake of “God’s Gift – 14 Days” will be filling its spot. A production company from Canada will be working to complete a 10-episode series planned to air next summer.

What are your thoughts on this remake?

God's Gift 14 Days
How does this article make you feel?