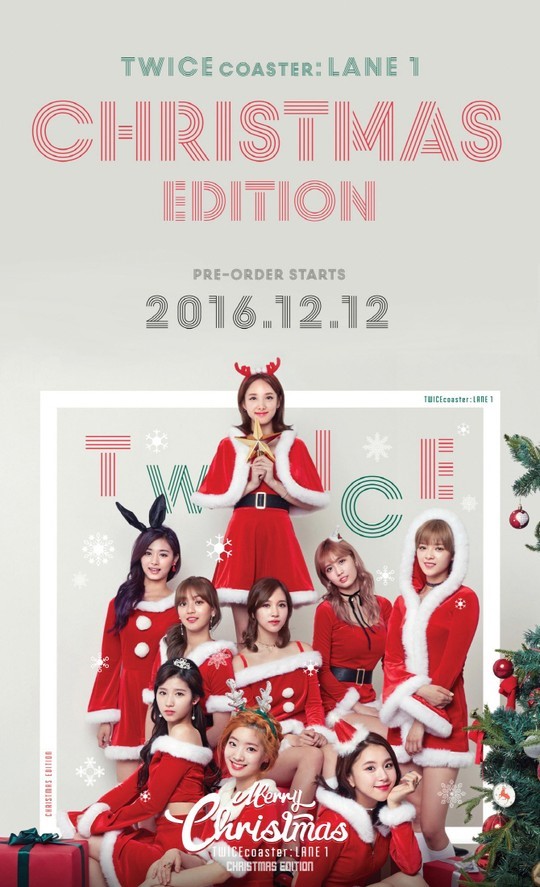 Ever since pre-orders opened on December 12, TWICE’s Christmas album has hit an impressive number of potential sales.

The group’s agency, JYP Entertainment, announced on December 19 that a total of 115,000 copies of the latest version of “TWICEcoaster: Lane 1” have been pre-ordered by distributors. This Christmas edition is the third version of TWICE’s latest mini album. The previous two A and B versions have already sold a total of 225,000 copies, according to Gaon Chart.

The album jacket photo of “TWICEcoaster: Lane 1” features the girls dressed in Santa costumes, making the album an ideal Christmas gift of appreciation for their fans.