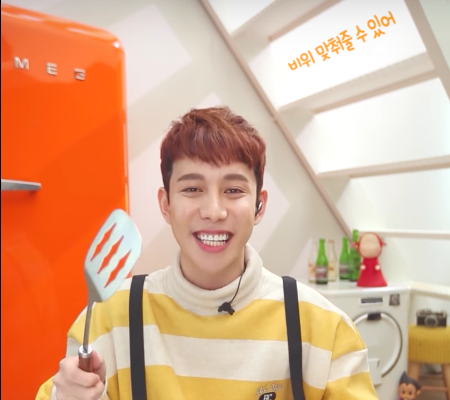 Block B’s Park Kyung (literally) turned up the heat with during his latest live performance!

In a video released by Dingo Music, the idol performed his newest release, “Ogeul Ogeul,” which dropped on December 19 at midnight KST.

Park Kyung happily sings as he fries an egg, or at least tries to. “Ogeul Ogeul” -while not necessarily the only meaning- can refer to the sizzling sound that occurs when cooking food in a pan, which makes the situation even more amusing.

The track is originally a part of his mixtape from 2013, and was previously revealed on Valentine’s Day that year.

Watch the adorable video below!