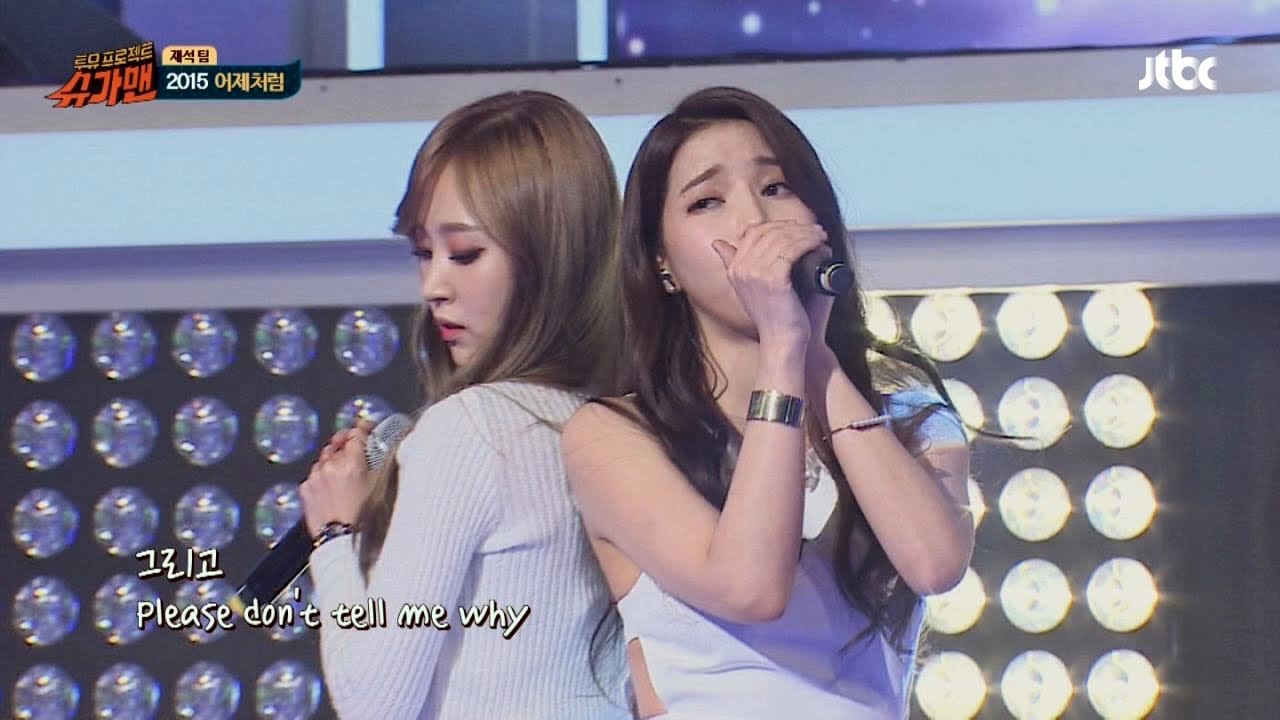 On December 19, MAMAMOO’s Solar held a live broadcast through Naver V Live and talked about her feelings on rapping in “Draw Draw & Draw.”

“Honestly, I wasn’t going to do it,” Solar said, “but Hwasa recommended that I do it. In the middle I lost the flow and it didn’t turn out well. I asked Moonbyul about it but she gave me good marks.”

Hwasa also complimented her groupmate, saying, “You should switch to being a rapper.”

During the broadcast, MAMAMOO also revealed Hwasa’s carol song for the holidays. Solar said, “I want to tell you that it’s a great song. It’s Hwasa’s individual performance, but it fit her so well and I was surprised.” Hwasa then performed a live rendition of “Santa Baby” for the watching fans.

MAMAMOO
Solar
Moonbyul
Hwasa
How does this article make you feel?