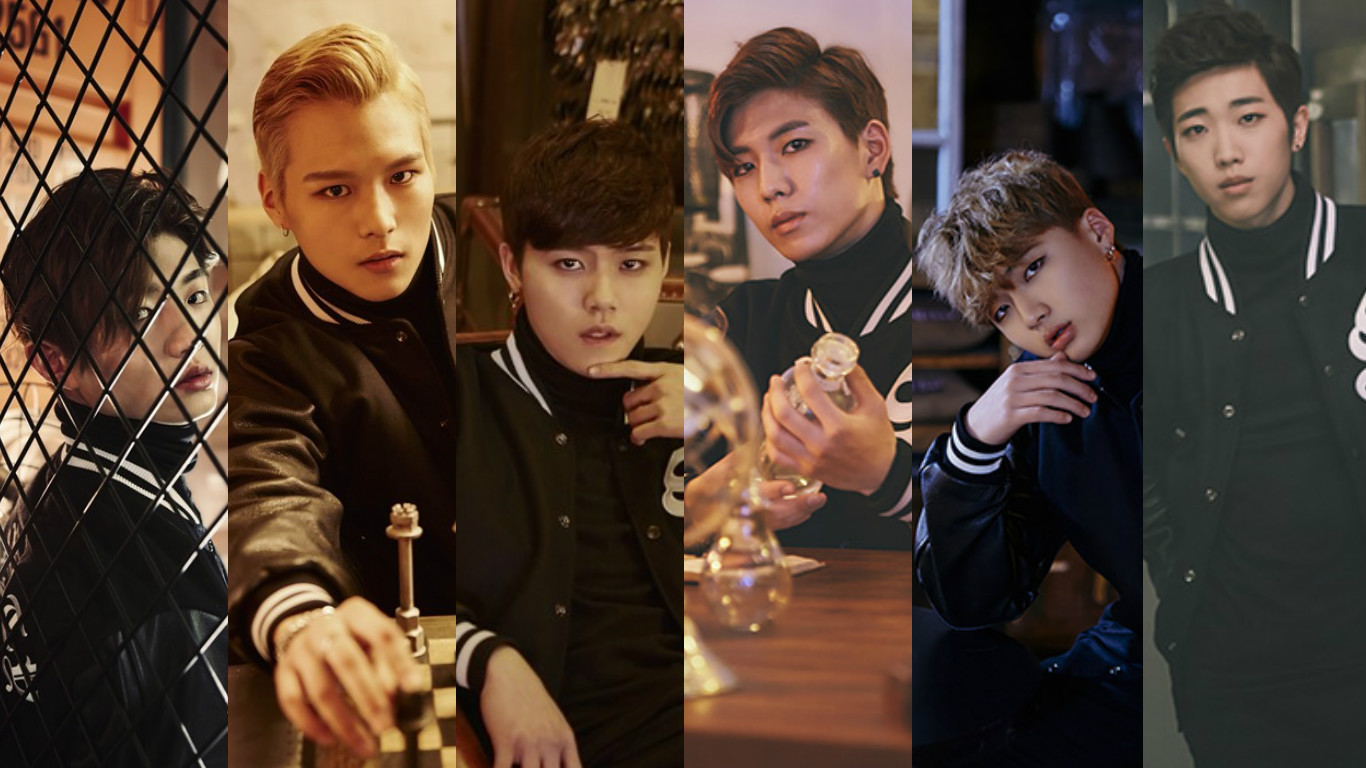 12-member global idol group VARSITY is gearing up for their January 3 debut!

To garner interest for the group, VARSITY’s official social media accounts have released teaser images and short blurbs for six of the twelve members.

First is BULLET, a charismatic rapper with a low voice register born on December 2, 1995.

The second member is DAMON, a Chinese member born on July 2, 1996 who is also a professional dancer who has performed in various dance crews.

Then there is XIN, who is also a Chinese member and will fill the role of the team’s main vocalist. Born on November 10, 1996, his cute and youthful face is sure to captivate fans.

Fourth is RIHO, who was born on March 1, 1998 and is currently attending the School of Performing Arts, Seoul. Part of the team’s “Maknae Line,” the upcoming star boasts a muscular and fit body.

Next is DAWON, who was born on May 12, 2000, and stands out with his tall stature and boyish face.

Last is SEUNGBO, who was born on November 1, 1997 and moved to Dubai, U.A.E when he was ten and stayed till he moved back to Korea in 2016 to join the team. Able to speak Arabic, English, and French, he is a perfect fit for the group.

The team was given the name “VARSITY” in the hopes that they become “the representative global idol group.” With seven Korean members and five Chinese members, the idol group is a joint project between Korea’s “Global K-Center” and China’s In Hi Media Ltd., which created the hit Chinese variety show “Challengers’ Alliance.”

VARSITY are preparing a powerful performance of acrobatics and synchronized choreography for their debut. True to their title as a global group, the members will be able to communicate in Korean, English, Chinese, Arabic, and French.

Three members will be revealed every day from December 19 to December 22, with a group teaser set to be released on December 23.

Are you interested to see what VARSITY will bring?
Source (1) (2)