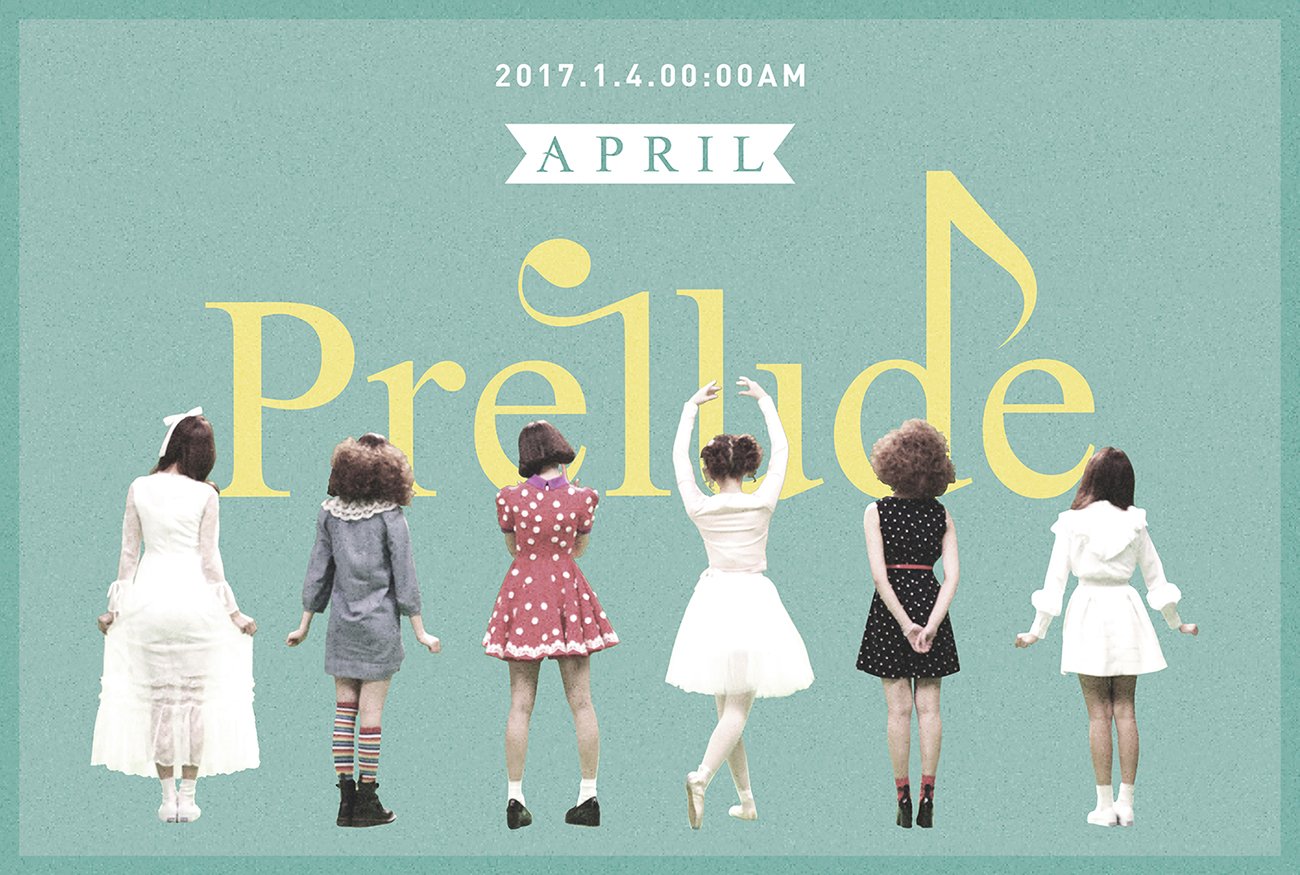 April will soon be making a return!

On December 21 at midnight KST, the now six-member group shared a teaser photo of the members with their backs turned to the camera. The teaser features the text “Prelude,” and reveals that we can look forward to a new release on January 4 at midnight KST. The caption on Twitter includes the hashtags, “Coming Soon” and “You’ve waited a long time, right?”.

This will be April’s first release as a six-member group once again since the addition of two new members Chaekyung (from “Produce 101,” as well as the project groups C.I.V.A and I.B.I) and former trainee Rachel. Member Hyunjoo announced her departure from the group back in October, following a hiatus due to health issues.

Are you excited for April’s return?