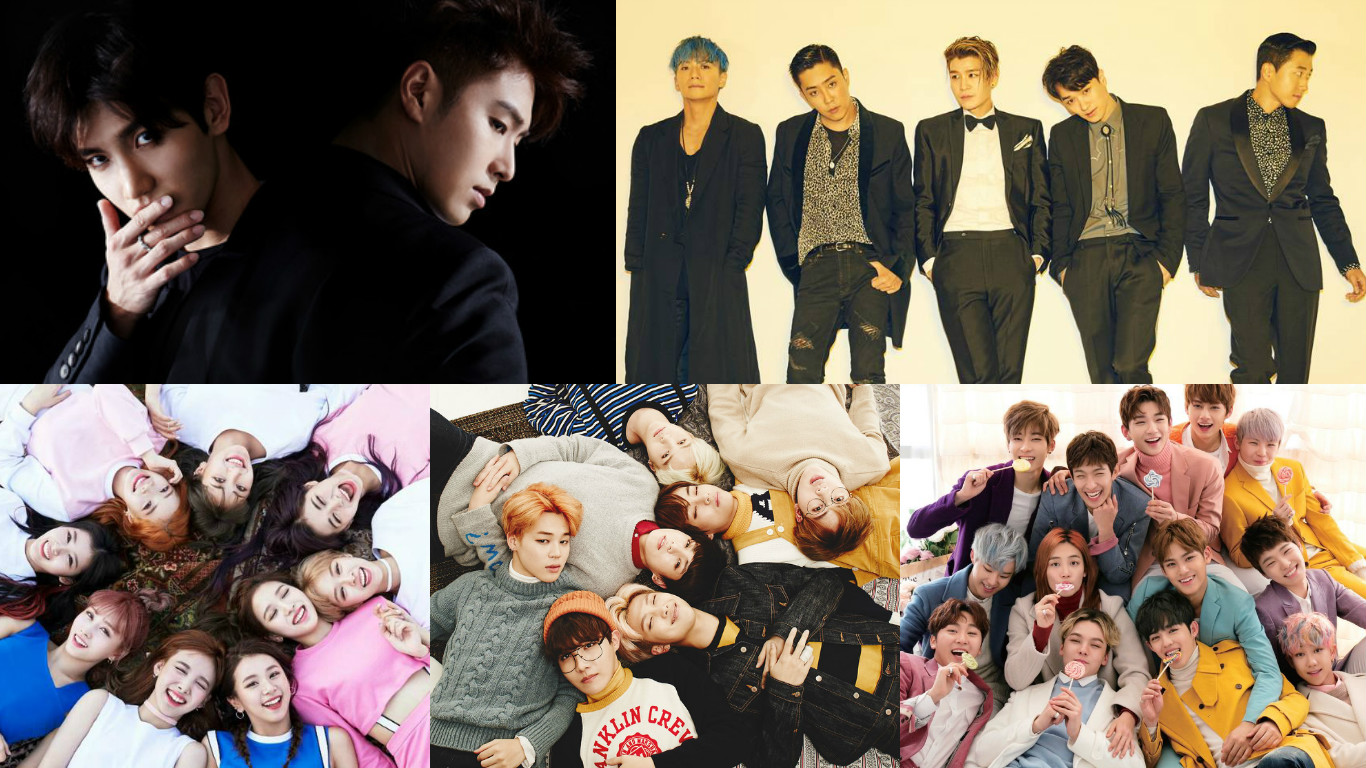 There are only ten days left till 2016 comes to an end. Though they are busy preparing for various end-of-the-year awards shows, entertainment agencies have already set up plans for 2017 and are ready to start a new year.

TVXQ coming back is going to be big for SM. On top of that, Super Junior’s Shindong, Sungmin, Eunhyuk, Donghae, and Siwon will also be discharged from the military starting late this month. This will allow SM to re-establish their “Golden lineup” again. 2017 will be a busy year with everyone from the legendary TVXQ to SM’s newest boy band NCT doing something. S.E.S is also preparing a comeback next year, and it would be unwise to leave out EXO, SM’s quadruple million sellers, and award winners for five consecutive years. NCT won the “Best male rookie award” this year and plan to continue their activities as NCT127. There are no new debuts planned for SM.

BIGBANG doesn’t have any group activities scheduled after T.O.P‘s military enlistment in February. However, YG plans to have a packed year, starting with Akdong Musician on January 3. SECHSKIES is set to release new songs in January and April, and will also have encore concerts planned to go along with this schedule. WINNER will return as a four-member group with a Korean album in 2017, as will iKON, who has been doing well in Japan, and YG’s newest girl group BLACKPINK. Psy, Epik High, and other labelmates will also continue to work on new music.

GOT7 and TWICE, who have successfully led in a new generation for JYP will take it up another notch, continuing their domestic and overseas activities in 2017. miss A’s Suzy has a solo debut planned for January. 2PM’s talented members will continue with a wide variety of activities including dramas and concerts till their military enlistment dates. JYP’s “Artists you can trust to make good music” like Baek Ah Yeon, Baek Yerin, and Park Ji Min are also set to be active next year. The band DAY6 plans to grow even more in 2017 with more activities. JYP does not have any new debuts planned.

BTS has been on a high this year, breaking various domestic and international records like selling the most albums in one day according to Gaon Chart, and being the first Korean singers to rank in Billboard200 for three consecutive years. In 2017, BTS plans to keep branching out globally. Starting in February, the group will embark on their “Wings” world tour that will take them to countries like Chile, Brazil, and the US. After the tour, BTS’s members will focus on creating new music and they hope to make 2017 another year for them to prove their musical talents.

The members are also expanding their repertoire as individuals, with V currently appearing in KBS 2TV’s new drama “Hwarang,” while others like Rap Monster and Jungkook have shined on variety shows.

The possibility of debuting another boy band is slim. Big Hit Entertainment stated, “Though we are in preparations for another group, nothing has been set in stone.” Producer Bang Shi Hyuk also stated in an interview in November that, “Nothing has been decided yet.”

SEVENTEEN won the “Best male rookie award” last year and has been on a roll this year. The group will be holding their first official fan meeting in February, 2017. Following that, they will hold six concerts in Gobe and Yokohama, Japan. As “self-made idols,” they will continue to work on new music and stay active throughout the year.

Pledis Girlz plans to hold a concert in January as the last event before their official debut. At the concert, the group will announce their official group name and immediately jump right into things. With the addition of Lim Nayoung and Zhou Jieqiong, who will have wrapped up their I.O.I activities by then, the group will make their debut in the first half of 2017.

Han Dong Geun is currently busy working on his new studio album, which is set to be released in the first half of 2017. After School’s members like Uee and Nana will be focused on their individual activities. “Cartoon-dol” NU’EST will have a busy year, juggling both group and individual activities.