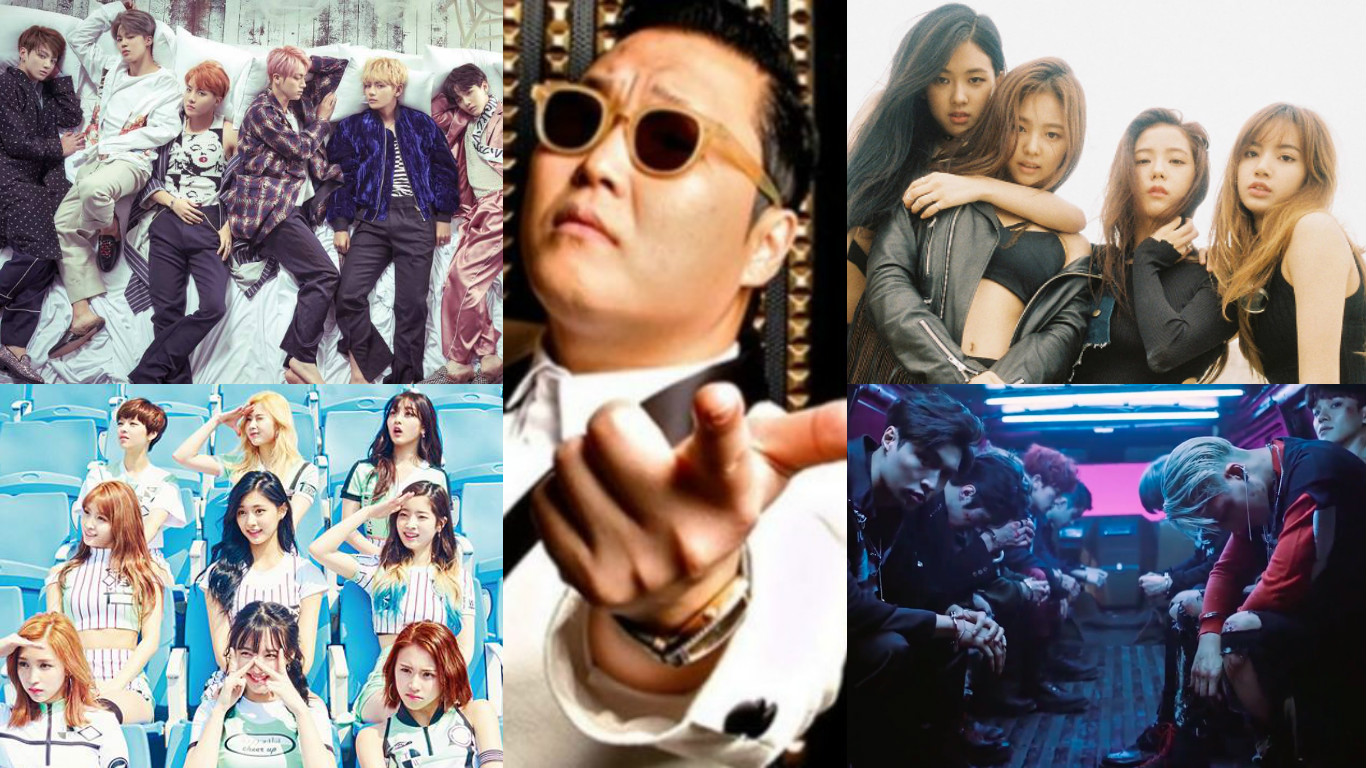 2016 is coming to an end and that means it’s time for global video community YouTube to release their annual list of most-watched videos.

YouTube has released its “Top 10 Most-watched K-pop Music Videos” list with data compiled from November 24, 2015 to November 23, 2016. The top 10 music videos viewed around the world were as follows. 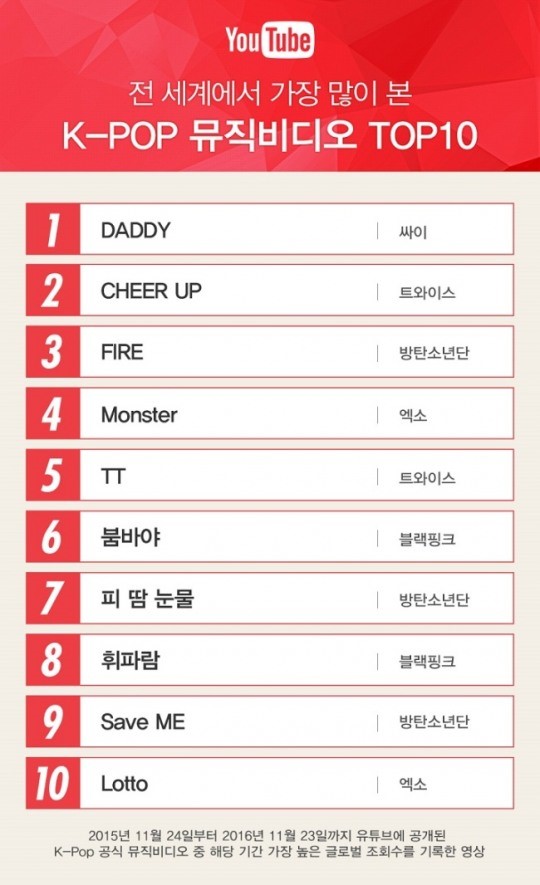 In first place is PSY’s “DADDY,” which was the singer’s first comeback song in two years and seven months, and has over 200 million views. He proved his status as a global star with over 90 percent of his views coming from outside of Korea. TWICE rose as a beloved girl group this year, and this was reflected in them appearing on the list twice with “CHEER UP” and “TT.” BLACKPINK also made a big splash in K-pop this year, a fact emphasized by the fact that their debut songs “BOOMBAYAH” and “Whistle” also made the top 10 list in sixth and eighth place.

The remarkable achievements of BTS, whose second album “WINGS” was ranked number 26 on the “Billboard200 (album chart),” should also be noted. BTS made the list a total of three times with their electric and wild “FIRE,” the addictive “Blood, Sweat, and Tears,” and the melodious “Save ME.” For all three music videos, 90 percent of the views came from outside of Korea, proving just how popular the group is internationally. EXO also hit it big this year as an established group that is loved all over the world, with their music videos for “Monster” and “Lotto” coming in at fourth and tenth place on the charts.

Have you watched all the videos on this list? Share with us what your top 10 videos of 2016 are!

TWICE
EXO
BTS
BLACKPINK
PSY
YouTube
How does this article make you feel?