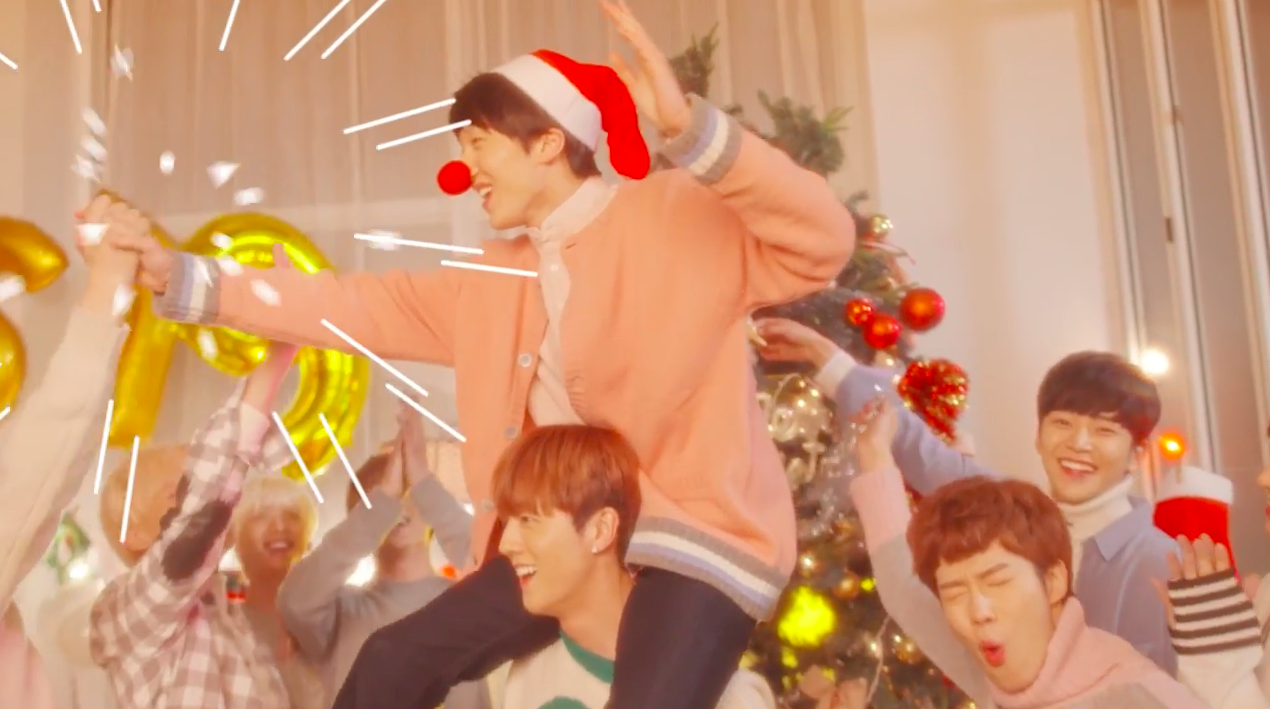 On December 22 at midnight KST, the nine-member group under FNC Entertainment released their Christmas gift for fans entitled “So Beautiful.” The adorable video features maknae Chani shaking a snow globe and summoning the other members, who help him get ready for his day, feed him delicious food, cheer him up, and later appear so they can all celebrate Christmas together.

Check out the full music video below!

During their V live show on December 21 where they counted down to the release of the music video, SF9 also revealed that fans can look forward to another special Christmas gift from them on December 24.

Did SF9’s new music video get you in the holiday spirit?