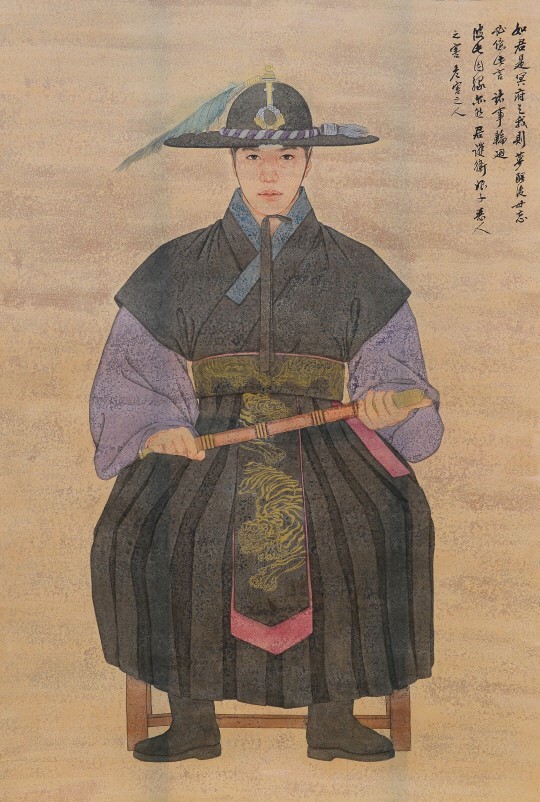 Lee Min Ho’s classical-style portrait in “The Legend of the Blue Sea” has gained attention for being the work of a famous portraitist.

In Episode 9 of the SBS drama, Joon Jae (Lee Min Ho) receives a portrait that Dam Ryung (Lee Min Ho) left behind with words of advice written on the side.

The portrait was done by a real artist famous for portraiture named Im Woo Hyun. From the drawing to the writing on the side (done with the help of a classical Chinese expert), the project took about a week.

Im Woo Hyun received a photo of Lee Min Ho as the male protagonist and completed the portrait by imagining his costume and pose. The artist said, “After the portrait was shown on air, people who knew that I drew it said nice things to me, but honestly I am regretful that I did not capture Lee Min Ho as well as I would have liked. However, I think it appeared well because the production staff filmed it well.”

You can watch the first episode of “The Legend of the Blue Sea” below!