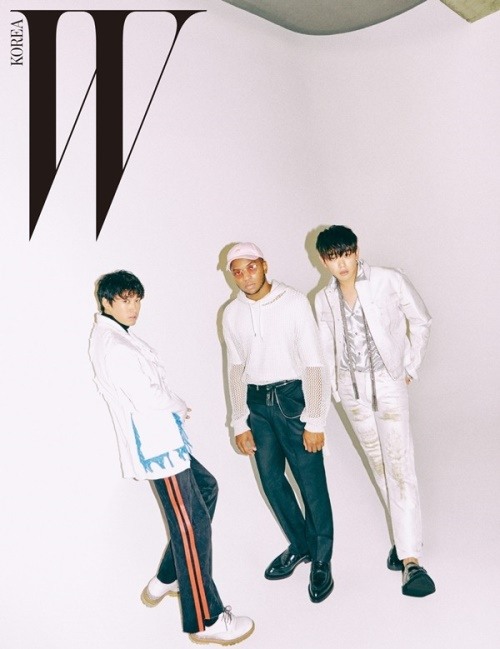 On December 21, Tablo uploaded a photo of the trio’s photo shoot with fashion magazine W Korea, announcing the advent of their collaboration track “Cave Me In,” which will be released next year.

Eric Nam also uploaded a video of the photo shoot on his Twitter account, telling fans to stay tuned for more news of “Cave Me In.”

Excited for this one. Stay tuned. pic.twitter.com/ChMZtkMHzy

In an interview with W Korea, Tablo revealed, “It’s all extremely organic,” and, “In old-fashioned terms, it’s just a song sung by three men who want to do music.”

Fans might also remember Eric Nam mentioning at the Artist Welcome Meeting of the 2016 Mnet Asia Music Awards (MAMA) on December 2 that he “would be collaborating with other artists in a few months’ time.” Coincidentally (or maybe not), Gallant also performed at the 2016 MAMA, where the up-and-coming R&B artist put on an impressive performance that won over many fans.

Are you looking forward to this collaboration?