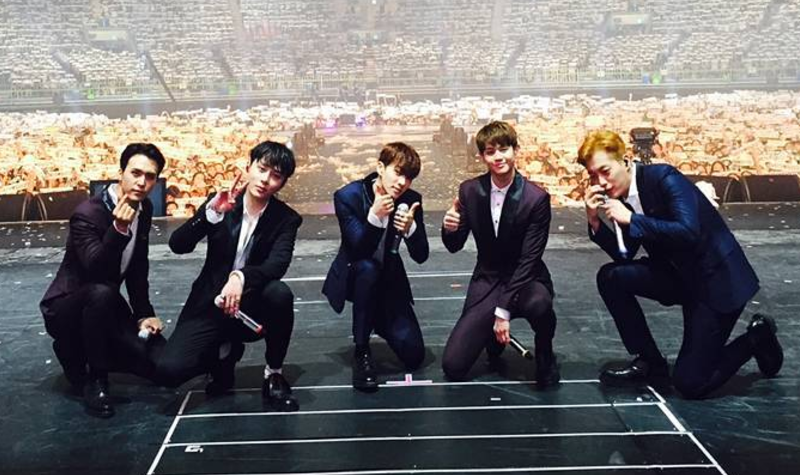 See Also: BEAST May Not Be Able To Keep Group Name If They Leave Cube Entertainment

See Also: Cube Entertainment And Around Us Reveal The Current Situation Regarding BEAST’s Trademark

While the five members of BEAST have set up their own agency and will be kicking off their new start with a fan meeting, the issue of trademark is still under deliberation.

On December 22, Around Us Entertainment stated that Yang Yoseob, Yong Jun Hyung, Yoon Doo Joon, Lee Gi Kwang, and Son Dongwoon are currently not using the name “BEAST” in any promotions thus far, and will continue to refrain from doing so while the trademark is under deliberation.

“Our representative is currently in discussion with Cube [Entertainment] regarding the matter of trademarks, and we are working towards the most favorable outcome possible,” a source said. “They’ve grown very fond of the name “BEAST,” as they did use it for seven years. While there is nothing decided upon yet, we hope this issue is resolved well.”

Cube Entertainment not only holds the “BEAST” trademark in Korea, but also in many other places internationally such as Hong Kong, China, and Taiwan. They hold this trademark in areas of performances, music releases -physical and digital-, and commercials.

The trademarks will reportedly last until 2026, as Cube Entertainment registered them in early 2016.

Meanwhile, the five members will be holding their first official event under Around Us Entertainment on December 31. This fan meeting “777 Party” managed to reportedly sell out in just two minutes, and another fan meeting has been scheduled for earlier the same day in response to eager fans.