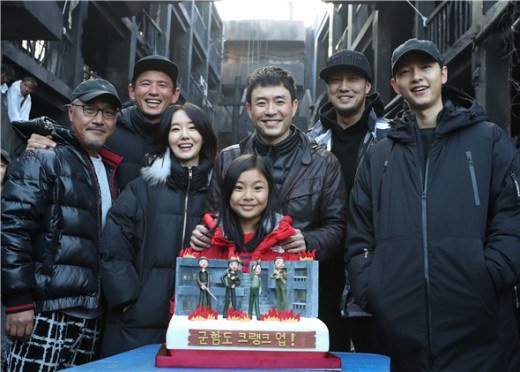 Song Joong Ki continues to warm hearts with presents to the staff of “Battleship Island.”

A few insiders revealed on December 23 that the actor had gifted the members of the staff with scented candles. He wanted to thank the staff for their hard work and for sharing the joys and sorrows of filming with him over the past six months, so he decided to get his favorite candles for them as an expression of gratitude. The gifts must have cost a bomb, especially since there were more than 500 staff, and each candle costs about 50,000 won (approximately $42).

Another source said, “Song Joong Ki gave the candles to the staff individually with a handwritten message for each person. Everyone was very touched by Song Joong Ki’s warm heart.”

“Battleship Island” tells the story of 400 Joseon people who risk their lives to escape forced labour on Hashima Island during the Japanese colonial era. Song Joong Ki will play independence fighter Park Moo Young, who infiltrates the island in order to rescue important figures of the independence movement against imperial Japan.

The film is directed by Ryu Seung Wan of “Veteran” fame, and the lineup includes Hwang Jung Min, So Ji Sub, and Lee Jung Hyun. It is slated for release in the first half of 2017.

Song Joong Ki
Battleship Island
How does this article make you feel?