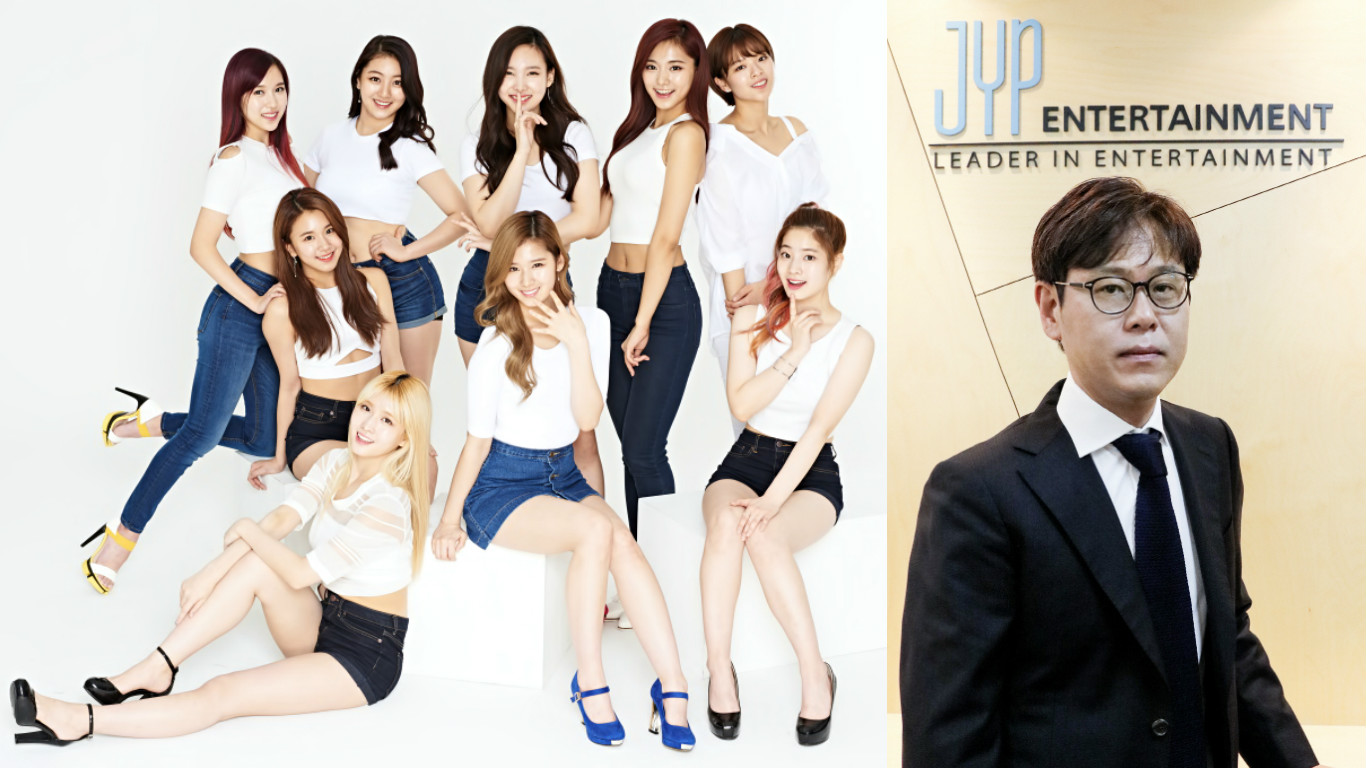 In a recent interview, the representative said, “The first group under JYP’s new system is TWICE,” and “This is only the beginning for TWICE. They still have a long way to go while always remembering where they came from.” But his satisfaction could not be hidden as he added, “The results far exceeded what we thought was possible,” and “The results were much better than what we had expected in the planning process.”

Ever since JYP was established, it has almost become tradition for Park Jin Young to produce title tracks for each group’s debut. However, from TWICE’s debut song “Like OOH-AHH” to the wildly popular “Cheer Up” and the new “TT,” all three of the group’s title songs were produced by production team Black Eyed Pilsung. It’s part of the new system where the opinions of JYP members are collected before the title track is chosen, and the results have proven themselves. In lowering its dependence on a single person, JYP now has a more stable footing where it can look ahead with the expectation to be in it for the long run for at least 10 more years.

The fact that TWICE’s sales for the year don’t form a significant portion of JYP’s total sales is also an encouraging sign. Representative Jung Wook revealed, “[TWICE] is fourth behind 2PM, Suzy, and GOT7.” He continued, “TWICE represents a portion of the company’s increasingly diversified sales, and there is further room for them to develop in future.”

Together with SM Entertainment and YG Entertainment, JYP has been classified as one of the K-pop industry’s “Big 3,” but its performance in sales and scale has always been lackluster compared to the other two. As other companies expanded, JYP found it hard to even stay in the top five. But this year, as its idol groups and solo acts like TWICE, Wonder Girls, Baek Ah Yeon, and Baek Yerin dropped releases that shot to the top of charts the moment they were released, the company is having its own impressive comeback as it takes the center stage both domestically and internationally.

However, the representative was careful to take things slow as he expressed, “JYP’s system is still in the process of strengthening, so there’s still some unease. We are carefully preparing for next year with diverse plans for TWICE and the rest of the agency’s artists.”

What productions are you hoping for JYP to release next year?