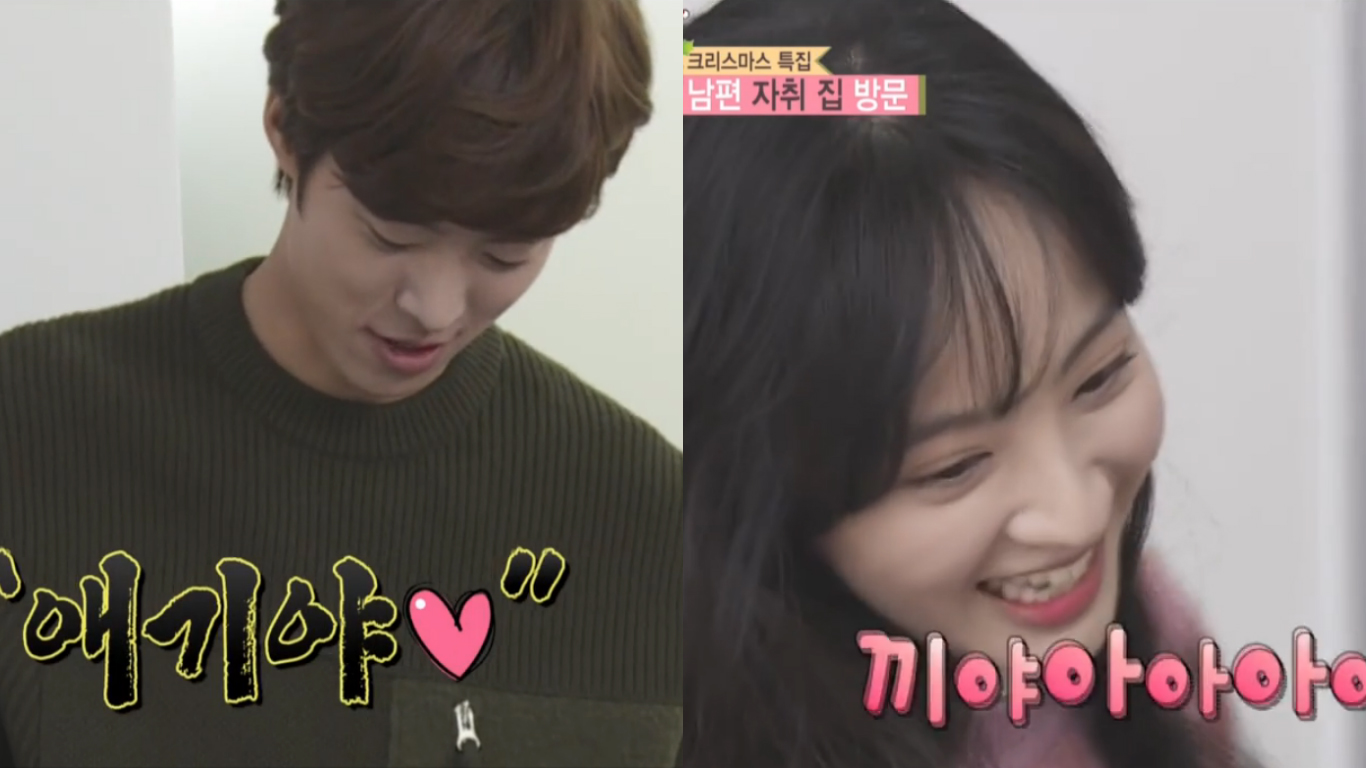 Watch: Gong Myung Chooses A Pet Name For Jung Hye Sung On “We Got Married”

On December 24’s episode of “We Got Married,” Jung Hye Sung made her first visit to Gong Myung’s place!

Before Jung Hye Sung got there, Gong Myung quickly tried to tidy up and vacuum, and even lit a scented candle. Jung Hye Sung then arrived with bags full of plenty of stuff for him, and he gave her a quick tour of his apartment, including all his stuffed toys.

Jung Hye Sung told him she brought him make-up and face masks because he just came back from the jungle (to film the next season of “Law of the Jungle”). She also gave him a doll of the sloth character from “Zootopia,” as they joke that it looks like her. Gong Myung loved it so much he said to the doll, “Baby, let’s go!” and took it to add to the pile of toys in his bedroom.

She then revealed that she brought him a PlayStation, and told him she’d make him food while he set it up. “Ah, our little baby!” he said happily, pinching her cheek. 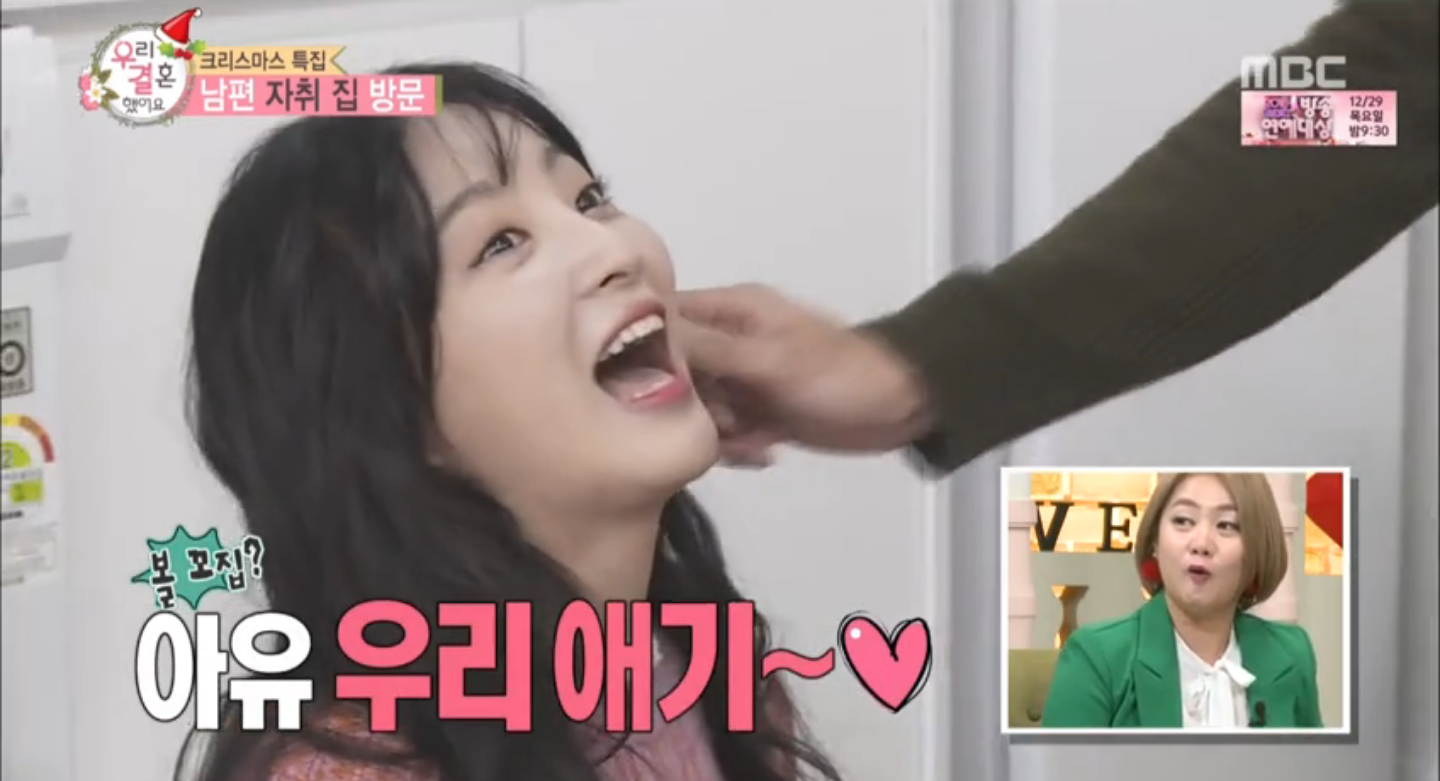 “I’ve been thinking about what to call you,” he said to her shyly. “I’m thinking of ‘baby.'” At this, Jung Hye Sung let out a squeal. When he asked her if she liked the pet name, she replied with a shy smile that he’ll call her that if he wants to. 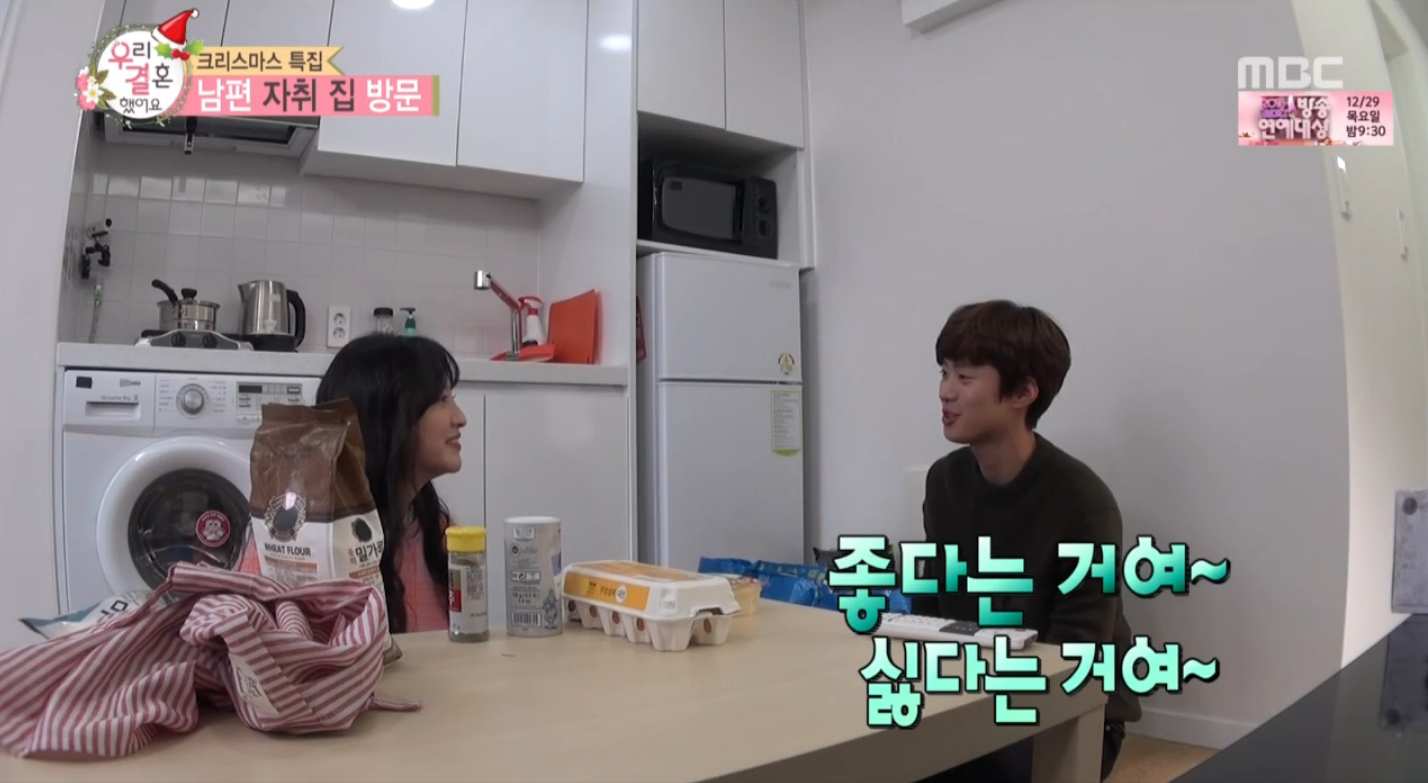 Watch the pair in the latest episode of “We Got Married” below!