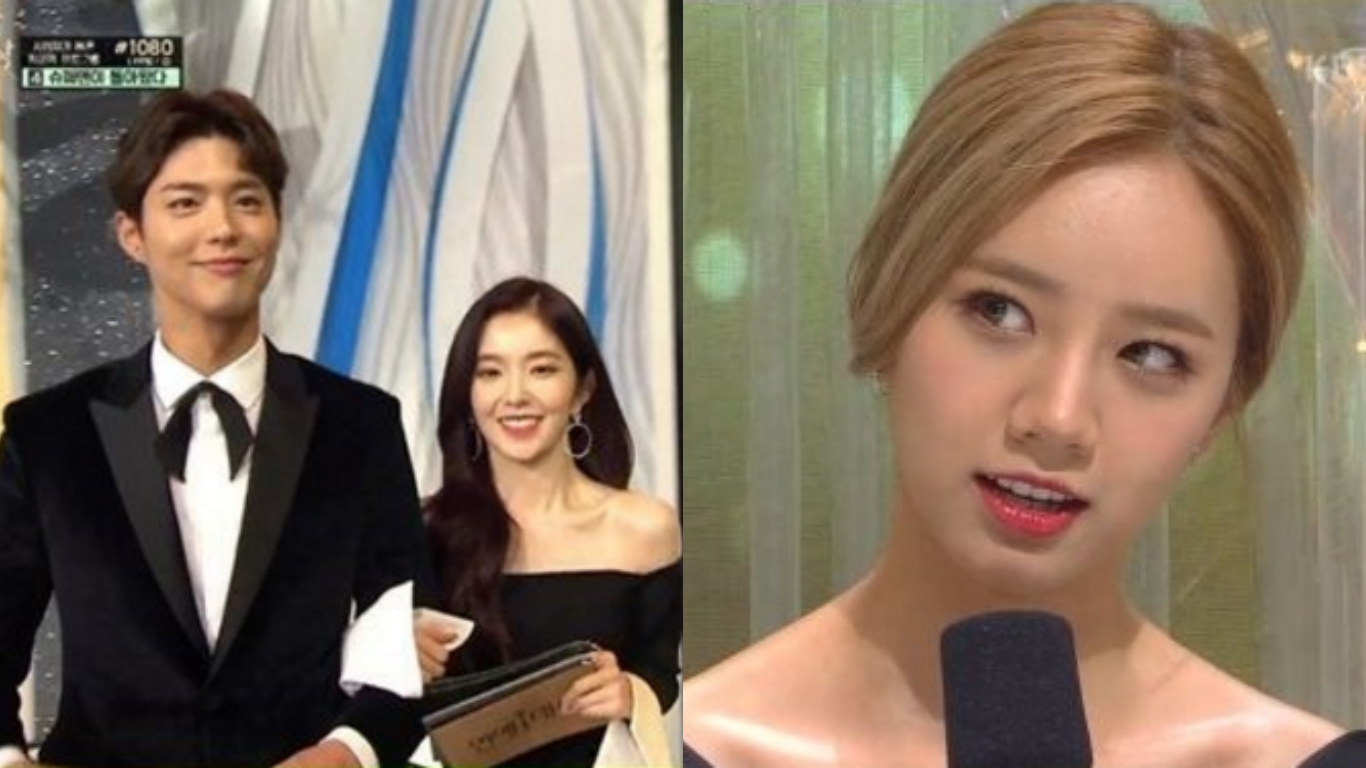 Park Bo Gum Reunites With Irene And Hyeri At 2016 KBS Entertainment Awards, Names Actor He Wants To Work With

At the 2016 KBS Entertainment Awards, actor Park Bo Gum had the chance to reunite with Red Velvet’s Irene, as well as say hello to Girl’s Day’s Hyeri!

Park Bo Gum appeared at the December 24 award ceremony to present an award along with his former “Music Bank” co-host Irene.

When Irene mentioned that 2016 is said to have been “Park Bo Gum’s year,” he thanked his fans and said he was grateful to be able to act alongside so many great actors.

Irene said he seemed to have good chemistry with all his co-stars and partners, including Kim Yoo Jung, Hyeri, and herself. When Irene said her name, Park Bo Gum waved to the award show’s host Hyeri, whom he starred with in the hit drama “Reply 1988.” Hyeri smiled at first, but then jokingly pretended to look angry when she saw she was being captured on camera.

When asked who he would like to act with in the future, Park Bo Gum replied, “If I have the chance, I’d like to work with some of the actors here in dramas or variety shows. In particular, I definitely want to try acting with Cha Tae Hyun. I will try harder.” 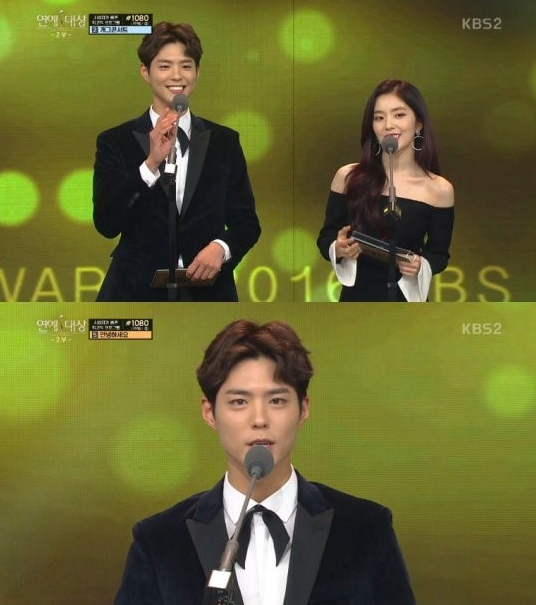 Check out the list of winners from this year’s KBS Entertainment Awards here!