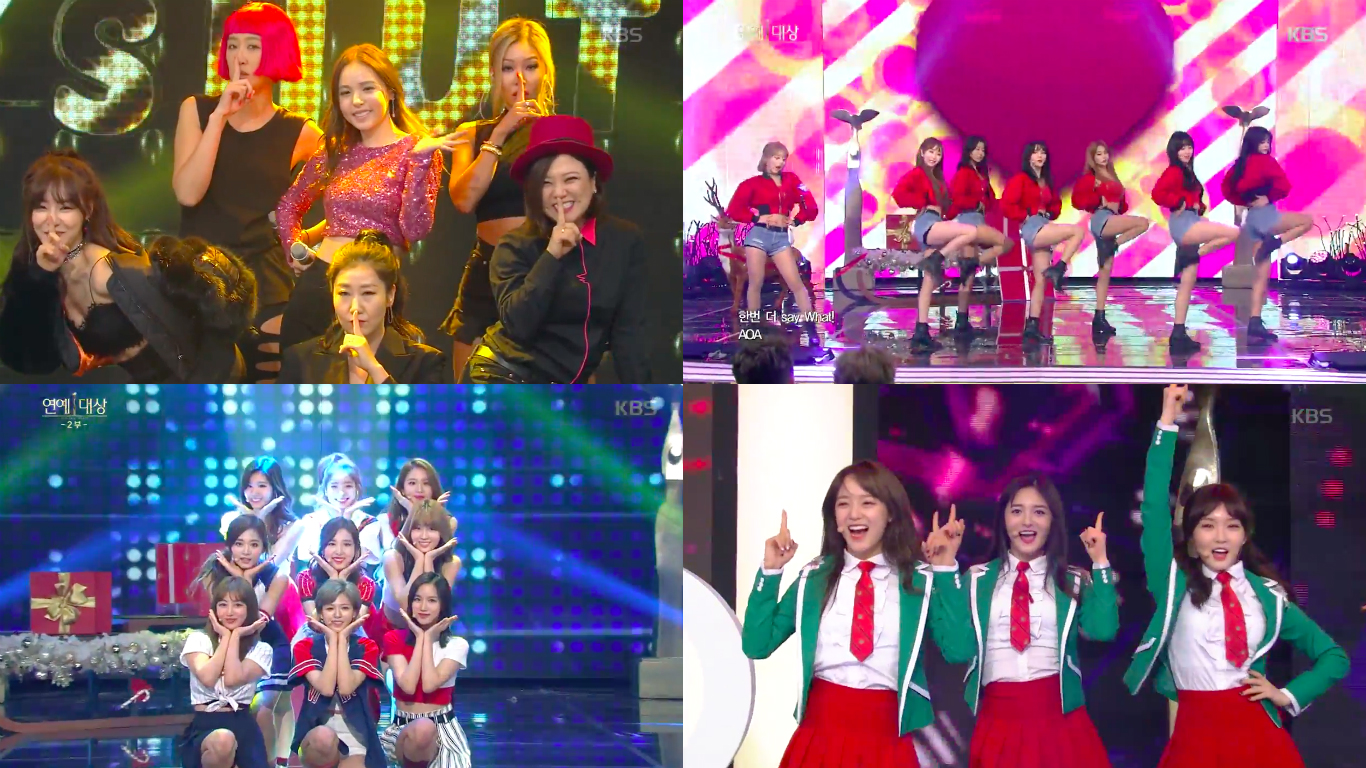 At the 2016 KBS Entertainment Awards, viewers and attendees were treated to performances by girl groups Unnies, AOA, TWICE, and I.O.I!

Unnies, the girl group made up of “Sister’s Slam Dunk” cast members, performed their track “Shut Up” as the opening to the award ceremony. Many fans had been concerned that the group would be performing at the show without Girls’ Generation’s Tiffany, because she left the show this summer following a controversy, but it turned out to be a reunion of all the original cast members as Tiffany joined them on stage!

I.O.I performed “Pick Me” from “Produce 101” with Heo Kyung Hwan in red and green outfits, perfect for the holidays.

TWICE took the stage to perform their hit track “Cheer Up.” They were then joined by comedians Kim Soo Young, Song Young Gil, and Lee Sang Hoon, who sang TWICE’s latest track “TT” as the members danced with them.

You can check out the full list of winners from this year’s KBS Entertainment Awards here!