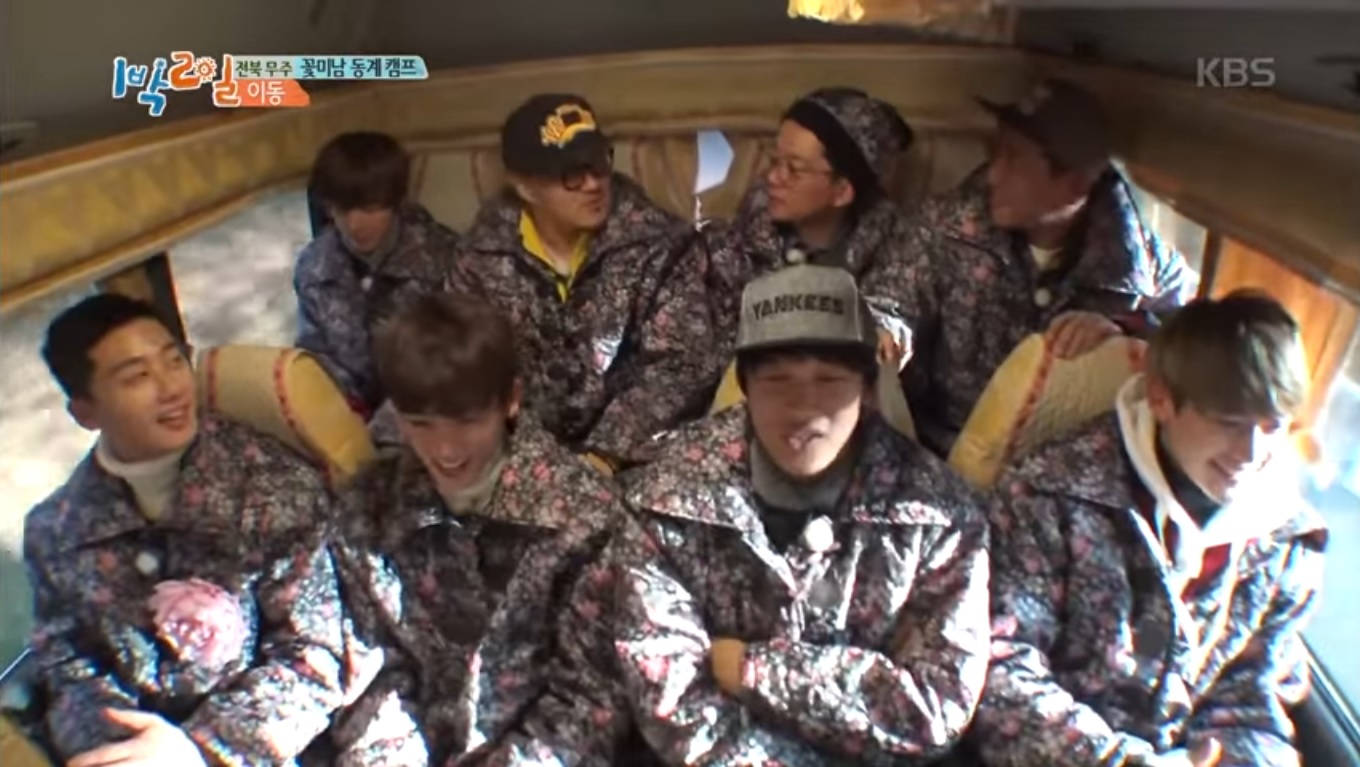 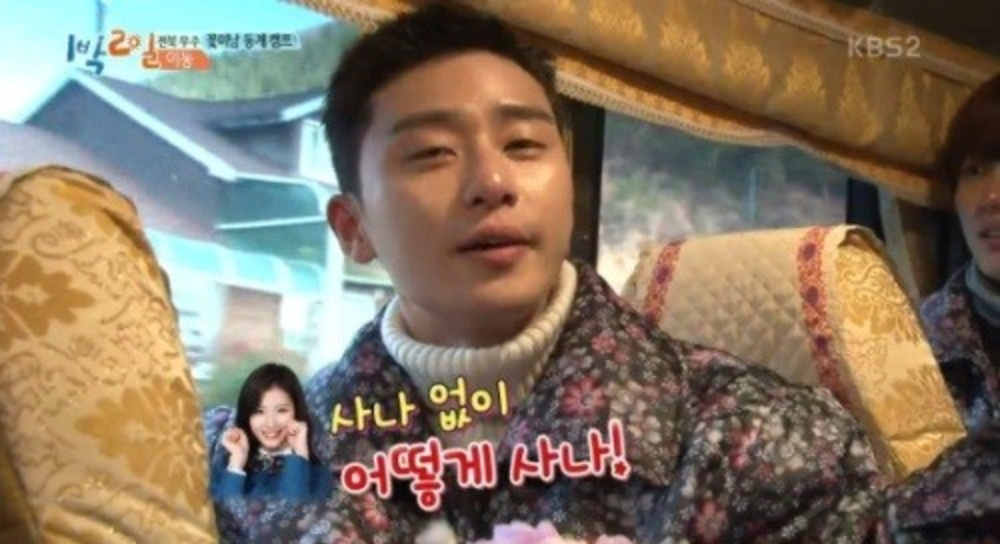 On December 25, the KBS2 program aired the second part of its “Winter Sonata Camp” special. During the show, the three charming stars of the KBS drama “Hwarang” appeared as guests.

After having their lunch inside a gondola lift, the cast and guests headed to the Namdae Stream in Muju. Kim Jong Min then remarked, “Are we really ending our day like this? I really thought Go Ara would show up. It would be really nice if she came as a ‘morning angel.'” 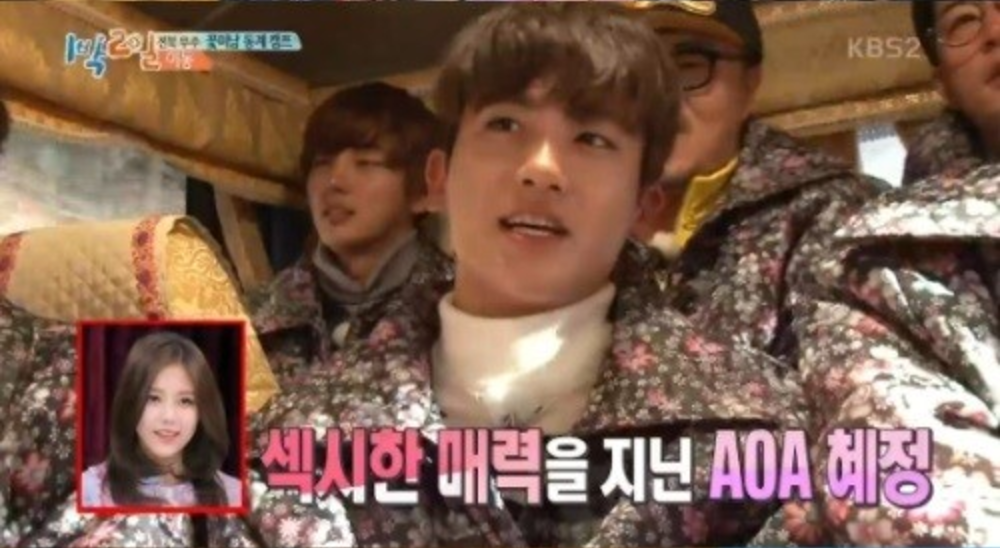 Park Seo Joon commented, “When I was in the army, Girls’ Generation was promoting ‘Gee.’ Whenever they played that as the wake-up song, we would be so happy that it was easy to wake up.”

The guests then shared who they wish would be their “morning angel.” Park Seo Joon named TWICE’s Sana, Park Hyung Sik chose AOA’s Hyejeong, while Choi Minho picked actress Han Hyo Joo and explained, “I liked her more after seeing her on ‘2 Days & 1 Night.’ I like her wholesome image and seeing her smile.” 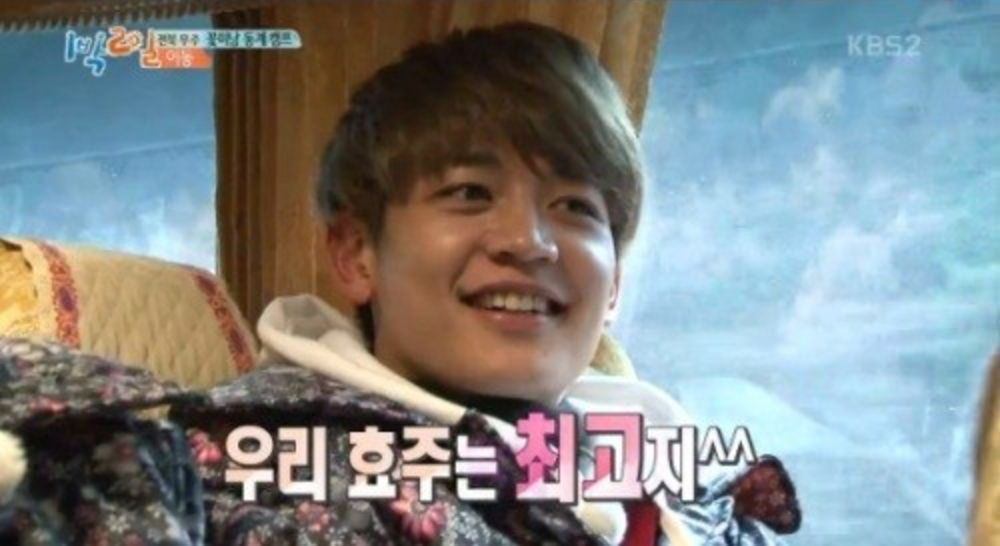