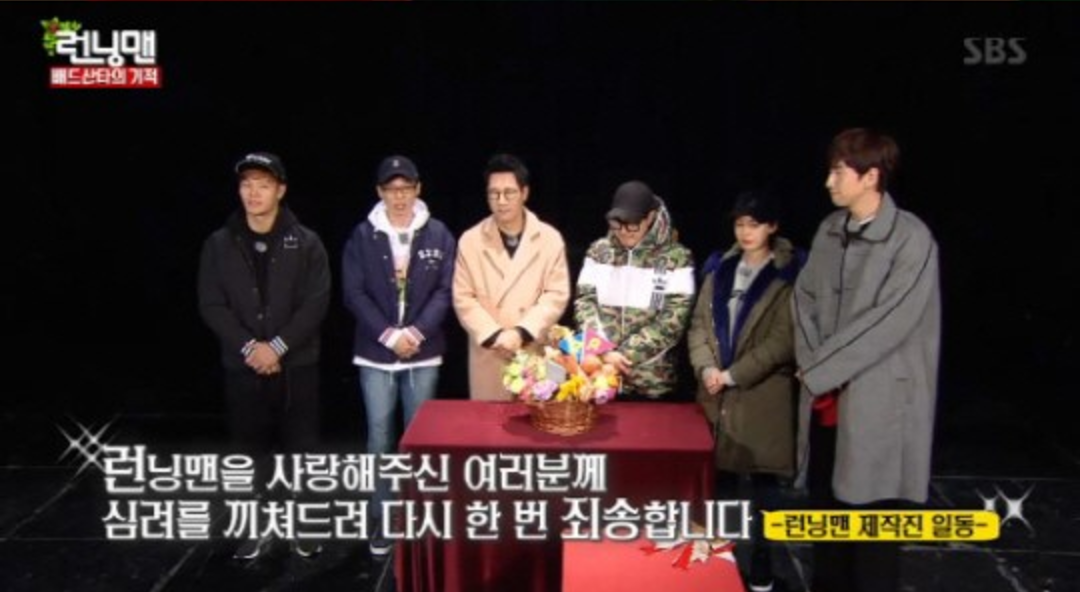 The staff of “Running Man” took a moment during the show’s most recent episode to apologize to the cast members.

The December 25 episode of SBS’s “Running Man” was a Christmas special that featured a guest appearance from Kim So Hyun.

At the end of the episode, all six cast members could be seen coming together. The scene was filmed after the recent controversy, and Kim Jong Kook broke the ice by saying, “I thought I wasn’t going to see your faces again, but here we are.” 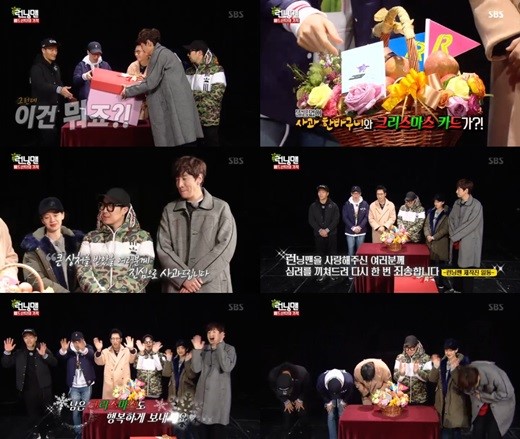 Yoo Jae Suk then opened the big box in front of them. Inside the box was a bouquet of flowers and apples, along with a letter that read, “To our loving “Running Man” cast members. We apologize for the hurt and pain we have caused you. We will do our best to be a more mature and hardworking staff from now on.”

As the leader of the group, Yoo Jae Suk replied to the staff’s apology by stating, “We will work harder than ever in the new year. We would like to take this moment to apologize to our viewers once more for causing them distress.” The other members then joined him in wishing everyone a “Merry Christmas!”

With “Running Man” set to end next February, we hope everything goes smoothly for the cast from now till then!

Catch up with the latest available episode of “Running Man” below.