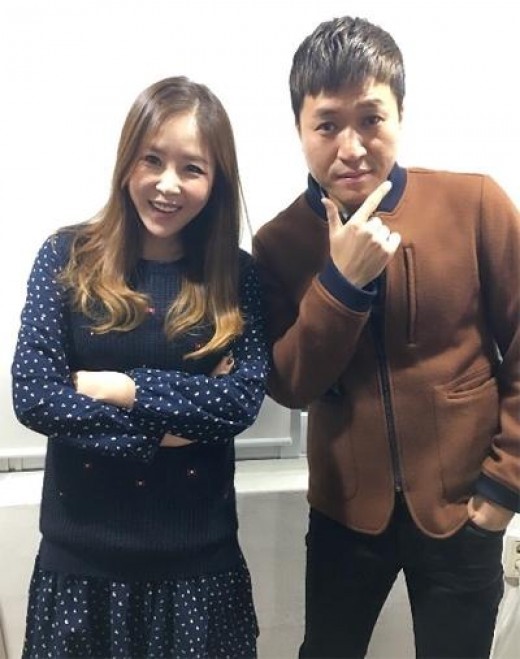 When Kim Jong Min won the Grand Award at the 2016 KBS Entertainment Awards, his longtime friend and Koyote groupmate Shinji was there to cheer him on.

On December 25, Shinji wrote on her personal Instagram, “Although it’s our leader who won the Grand Award, lots of people are congratulating even me. Everyone is sending encouraging messages and saying it’s a Christmas miracle. I will pass on those messages to him.”

Shinji also wrote, “Congratulations. I thought just ‘perhaps’ – no, I really wanted you to get it, so I bought a flower bouquet and waited. As soon as your name was called, I ran at the speed of light. You suffered a lot physically and mentally until now, but you’re really amazing. I was moved by the fact that you called me your teacher. I won’t say too much. Just sincerely congratulations.”