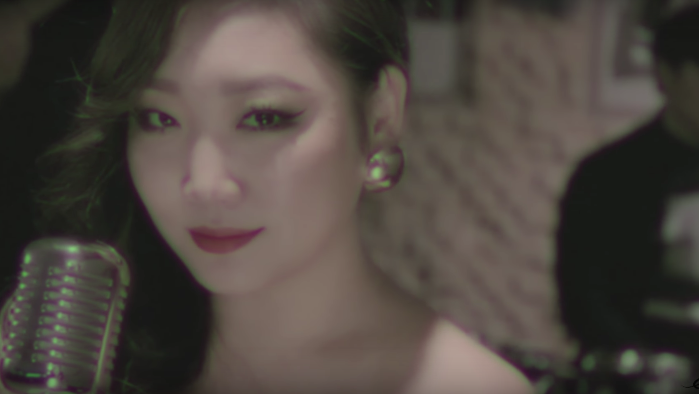 eSNa has officially made her singing comeback!

On December 26, the talented songwriter released the digital single “Attention” as well as accompanying music videos in both English and Korean.

The singer took to her official Twitter account immediately after its release to introduce the track to fans, saying, “Do I have your attention? New song just released! Hope you guys love it!”

The song’s bold lyrics tell off a lazy boyfriend who has stopped caring about their relationship. The track itself has a strong retro-pop feel with plenty of piano and brass accompaniment. In the video, eSNa can be seen singing soulfully into a vintage microphone, backed up by a small band of musicians.

eSNa has gained a reputation as a leading K-pop songwriter after penning a number of hits for various artists, including “Some” by Soyou and Junggigo, “Peppermint Chocolate” by MAMAMOO and K.Will, and “Without You” by Mad Clown and Hyorin. She is also a DJ for Arirang Radio’s “Sound K” program.

Check out both versions of eSNa’s “Attention” music video below!

Esna
How does this article make you feel?