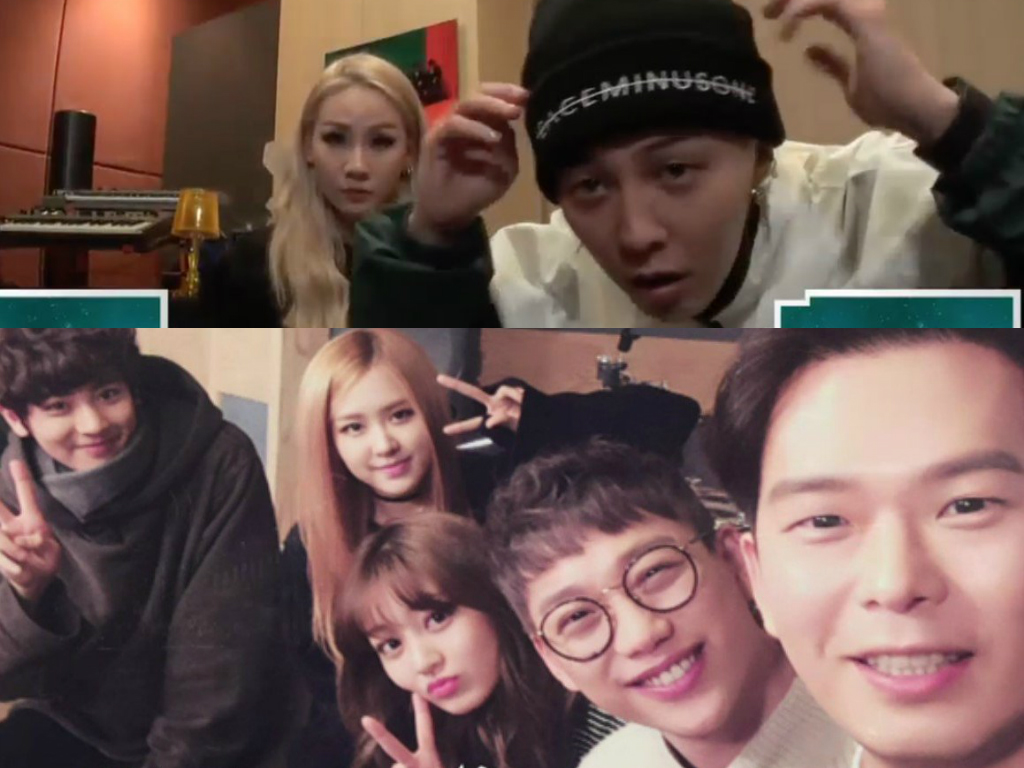 During the 2016 SBS Gayo Daejun that took place on December 26, five very special collaborations were showcased throughout the show!

Please note that some artists’ stages are not available due to the lack of official channel videos.

Next was Teddy, who prepared a “Hip hop Stage,” which was the center stage for the highly anticipated collaboration between CL, BIGBANG’s G-Dragon, BewhY, and Okasian. Each rapper showcased their own track -“Lifted,” “One of a Kind,” “Shalom,” and “Underwater Bank”- before joining together for a chill track, “1 Million Won.”

BTOB’s Yook Sungjae also joined Kyuhyun for a rendition of “You Made Me Impressed” (original by Sung Shi Kyung). Eddie Kim, Kim Sejeong, and Jung Eunji also performed Yoon Jong Shin’s “Exhaustion” and “Uphill Road,” before they all joined in for a performance of “Still Christmas.”

Park Jin Young paid homage to some of the many artists who gained their start in JYP Entertainment in his “Dance Stage.” First, GOT7’s JB, Jackson, Jinyoung, and Yugyeom performed Rain’s “It’s Raining,” while SEVENTEEN’s Woozi, Seungkwan, Vernon, and Dino danced to god’s “Friday Night.” All eight of them also showed off their moves to Park Jin Young’s “Don’t Leave Me.”

Meanwhile, GFRIEND’s Yerin, Yuju, Eunha, and SinB showed off their talents in a dance cover of miss A’s “Bad Girl Good Girl,” and TWICE’s Mina, Momo, Nayeon, and Jeongyeon put on a sensuous performance of Sunmi’s “24 Hours.” The eight girls also danced to Wonder Girl’s iconic “Tell Me.” All 16 idols finished things off with Park Jin Young’s “Who’s Your Mama.”

And finally, NCT, EXO, and TRAX’s Jungmo collaborated in Yoo Young Jin’s “Progressive Stage.” All the members of NCT started off with another fierce performance of “Black on Black,” before five members of NCT 127 continued with “Wolf and Sheep.” Then, EXO went back to their roots and showcased how far they’ve come since 2012 in a heavy metal remix of their debut track “MAMA,” with a guitar solo by Jungmo.

Which producer stage was your personal favorite?