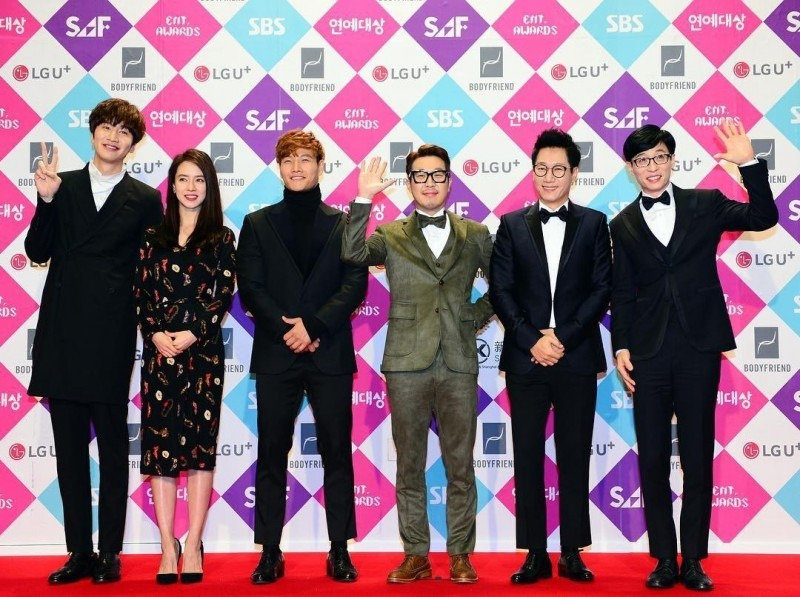 A source from “Running Man” has offered an explanation for the evident lack of awards received by the SBS program compared to previous years.

On December 26, the staff of “Running Man” shared the show’s statement on their official Instagram.

The 2016 SAF SBS Entertainment Awards were held the previous day, where apart from the Top Exellence Award in variety won by Lee Kwang Soo, no other awards were given to “Running Man” or its cast.

The results of the ceremony contrasted vastly from the show’s previous winnings of Netizen and Popularity awards, as well as the Grand Award (Daesang) for Yoo Jae Suk.

Speculation then arose among netizens that “Running Man” was neglected due to the controversy about Song Ji Hyo and Kim Jong Kook‘s departure from the show.

As the issue started growing, the “Running Man” crew came forward to clarify, “The ‘Running Man’ members expressed their hopes of participating in the ceremony as quietly as possible without winning prizes, so the ‘Running Man’ program only won one award,” along with an English translation of the statement.

With responses from netizens that read, “Even if they were all given awards, it is still coming to a disappointing end,” the show remains in a controversial position.

Running Man
2016 SBS Entertainment Awards
How does this article make you feel?