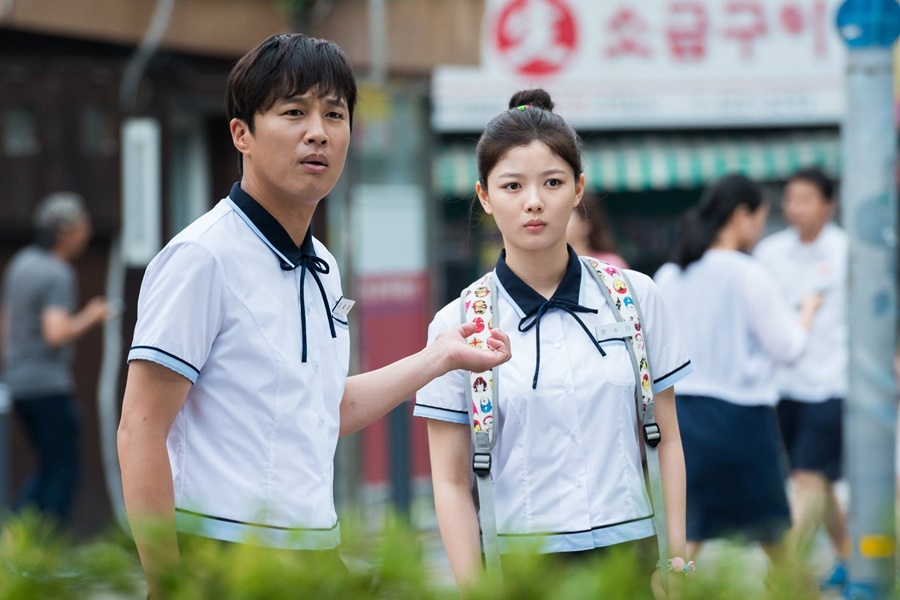 On December 27, the actor was holding a live broadcast on Naver’s V Live when he provided fans with insight on her recent health woes.

“Yesterday, Yoo Jung got sick again. I want you all to give her a lot of strength. Please cheer her on,” he began, before explaining that her strange condition at a recent preview screening was exacerbated by an allergy to antibiotics.

“If she has a cold, she can’t take medicine and has to suffer until her condition improves,” he continued on. “When I look at her, it is like looking at one of my children, so I am really heartbroken.”

He added that he hopes Kim Yoo Jung regains her health and strength soon.

The two actors will appear together in the upcoming romantic-comedy film “Because I Love You,” which will premiere on January 4.

Kim Yoo Jung
Because I Love You
Cha Tae Hyun
How does this article make you feel?