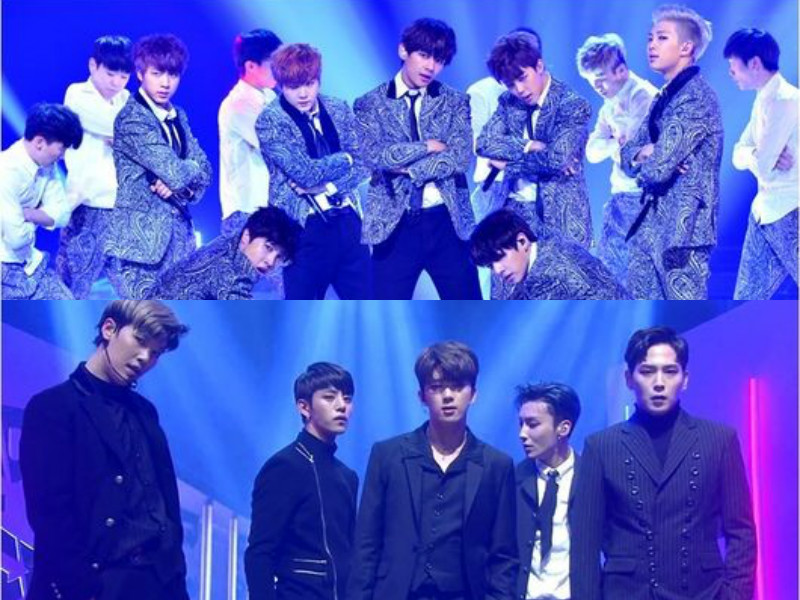 BTS And B.A.P To Pay Homage To Seo Taiji And Boys And H.O.T At 2016 KBS Song Festival

It was announced by KBS that “BTS and B.A.P will be recreating hit songs from Seo Taiji and Boys and H.O.T respectively,” at the 2016 KBS Song Festival.

BTS will be reinterpreting Seo Taiji and Boys’ “Class Idea.” The song was the first of its kind to directly criticize Korea’s education system, and was a hit amongst teenagers as it highlighted the educational reality they face as a social issue. Seo Taiji and Boys is a living legend once considered an icon of its generation. A highlight of the show will be seeing how BTS, the representative boy band of today’s K-pop, will take Seo Taiji and Boys’ music and make it their own.

B.A.P will be taking on “Warrior’s Descendant” by H.O.T, the greatest first generation idol group of Korea. The members of B.A.P have a reputation as “performance-dols” for their strong performances and dramatic stage productions, and it will be interesting to see how they bring these elements to their reinterpretation.

Sources from the 2016 KBS Song Festival stated, “BTS and B.A.P expressed a desire to reenact hit songs from Seo Taiji and Boys and H.O.T. The two teams took charge of everything from choosing the music to figuring out how the stage will look, so we can say with certainty that this will be a legendary performance.”

BTS
B.A.P
2016 KBS Song Festival
How does this article make you feel?