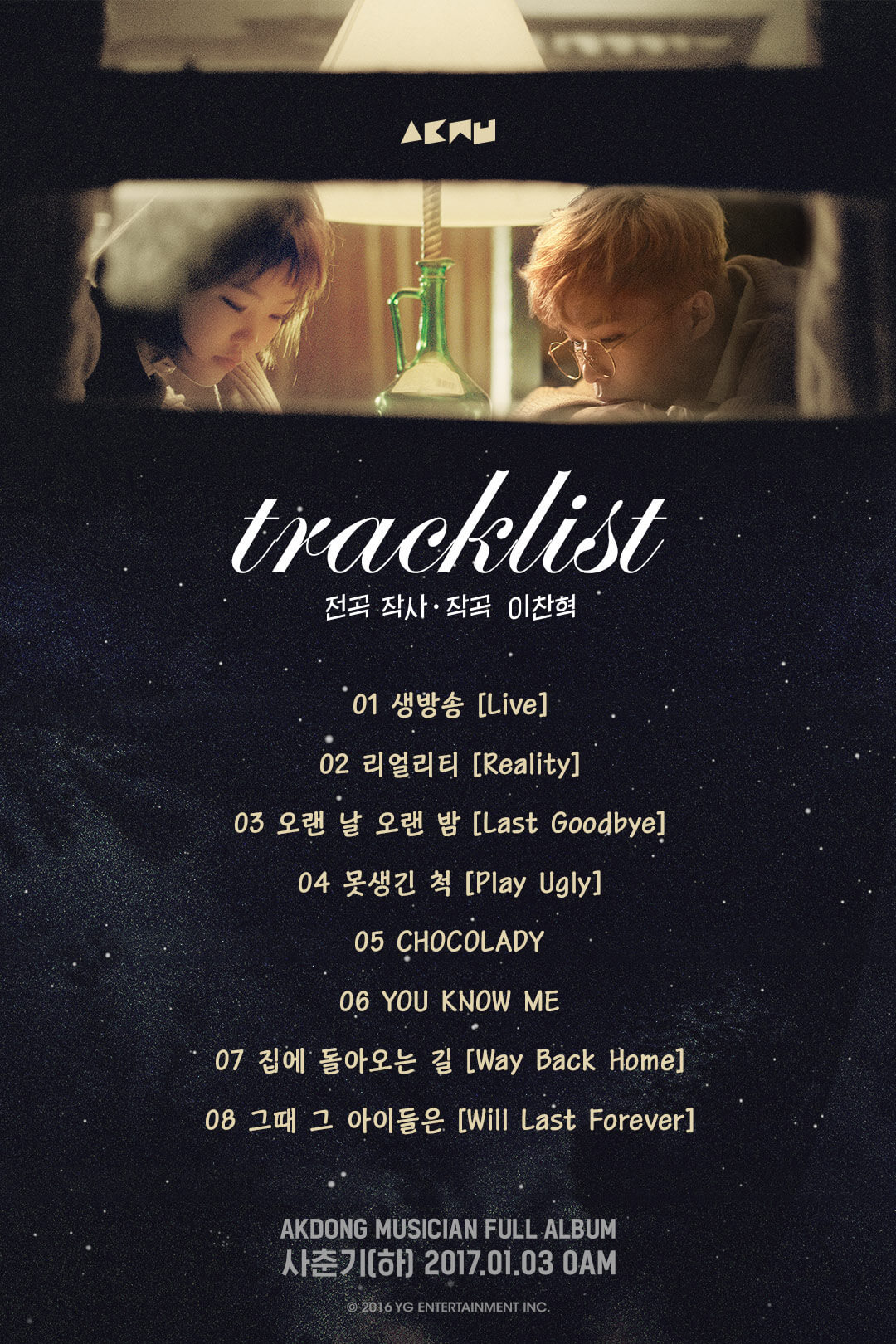 The tracklist teaser reveals their tracks “Live,” “Reality,” “Last Goodbye,” “Play Ugly,” “CHOCOLADY,” “YOU KNOW ME,” “Way Back Home,” and “Will Last Forever.” All eight tracks were written and composed by Lee Chan Hyuk.

As the second part of their adolescence series, the tracklist image features a more pensive looking Akdong Musician.

The duo will be release their 20-minute musical short film on January 1 at 1 p.m. KST and their album on January 3 at 12 a.m. KST.