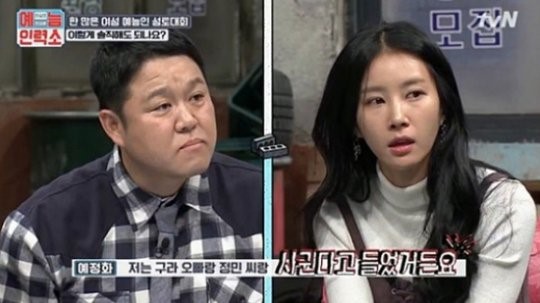 Previously, Kim Gura appeared on the December 27 episode of TV Chosun’s “Wonderful Day” and said, “TV personality Ye Jung Hwa recently asked, ‘Are you dating Kim Jung Min?’ I answered, ‘What nonsense are you saying? If I contacted her privately then I would be a dog.'” Kim Gura also mentioned that he is the same age as Kim Jung Min’s mother during the broadcast (Kim Jung Min corrects this statement in her response). 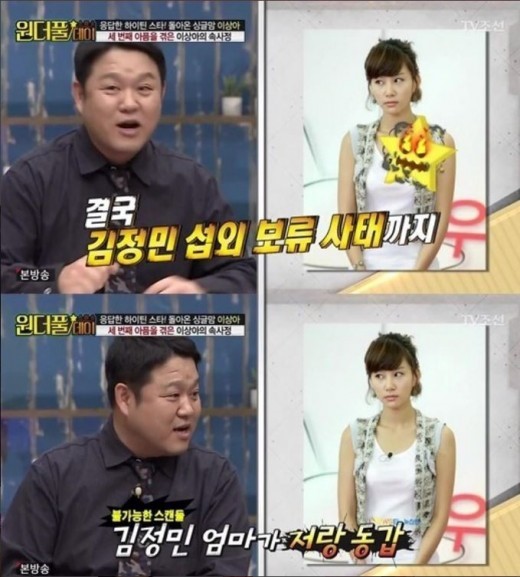 Kim Jung Min responded through a post on her social media account saying, “It’s been so long since I’ve been No. 1 on search engines. When I woke up and looked at the internet I thought something happened to singer Kim Jung Min. Why did I get dragged into this? This fun news topic, amidst the sad end of the year, provided by Kim Gura shows what a popular man he is. Please provide a new year’s gift now that I know I didn’t get cast because of you~ Also, my mom was born in the Year of the Sheep.”