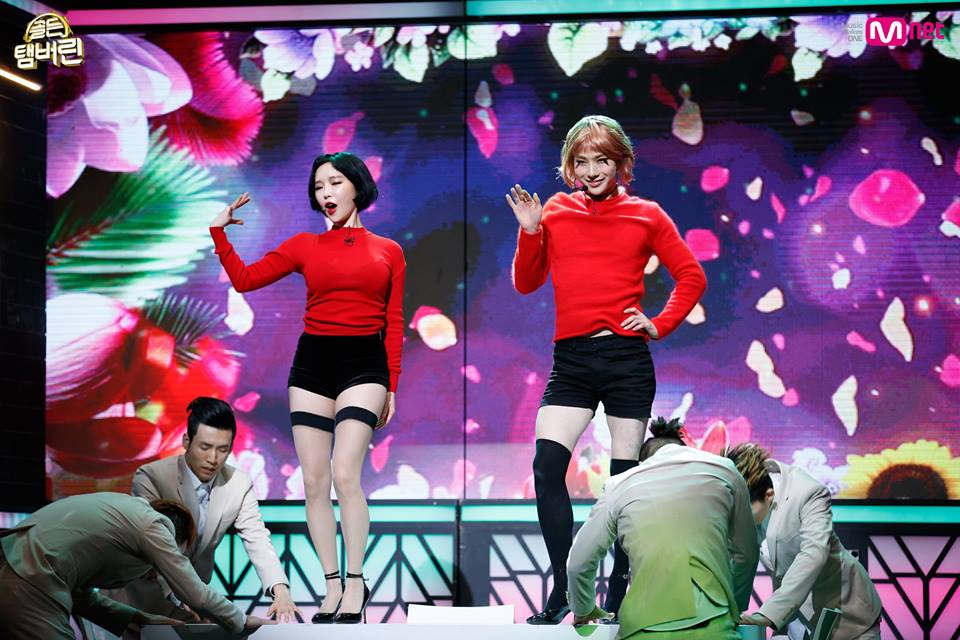 Six years after leaving MBC’s “We Got Married,” “Adam Couple” Gain and Jo Kwon will reunite for Mnet’s “Golden Tambourine.”

Gain will be making a special guest appearance in the third episode of “Golden Tambourine” on December 29 to perform her hit song “Bloom” with Jo Kwon.

Preview photos of the duo were posted on Mnet’s Facebook account, showing the two singers dressed in the same outfit and performing together. Jo Kwon even donned a wig to match Gain’s hairstyle. 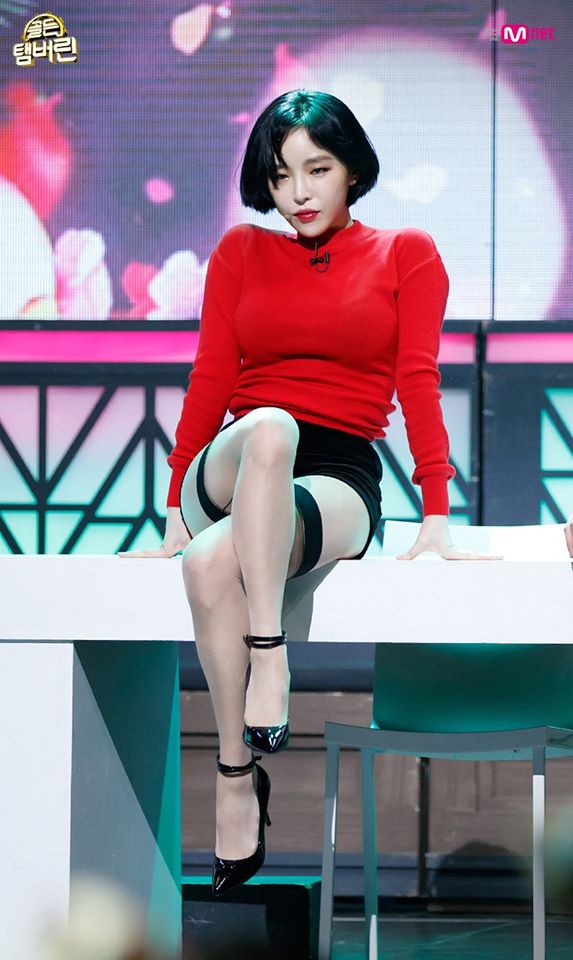 The staff stated that Jo Kwon used a “Mystery excitement card” on the show to invite Gain as a special guest, and the duo created an unforgettable performance.

“Golden Tambourine” will air simultaneously on Mnet and tvN on December 29 at 9:40 p.m. KST.

Are you excited to see the “Adam Couple” back together again?