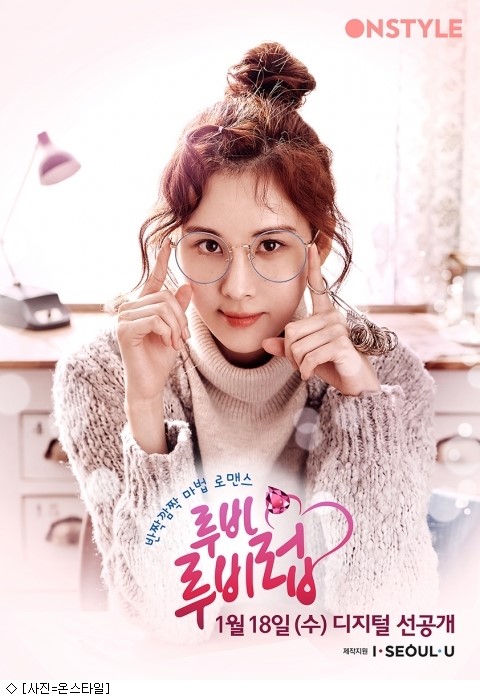 Girls’ Generation’s Seohyun will be playing the leading lady in “Ruby Ruby Love,” OnStyle’s upcoming web drama that will begin airing on January 18.

“Ruby Ruby Love” will be a fantasy romance story that follows Lee Ruby, a young woman who suffers from sociophobia but comes across a magic ring that helps her become a successful jewelry designer.

Seohyun will be working alongside model-turned-actor Lee Cheol Woo, who will be playing her one and only friend Won Suk. As someone who feels bad that Ruby can’t showcase her talents because of her phobia, Won Suk does his best to help his friend out and their relationship balances precariously between love and friendship.

Lee Yi Kyung will be playing Na Ji Suk, the CEO of a jewelry company. As a man who has had a crush on Ruby for a year, he will be battling for her heart against Won Suk. The cast will also include Hwang Seok Jeong and Z.Hera.

An OnStyle representative stated, “The drama will be a lovely, fairytale-like story that is bright and fun.”