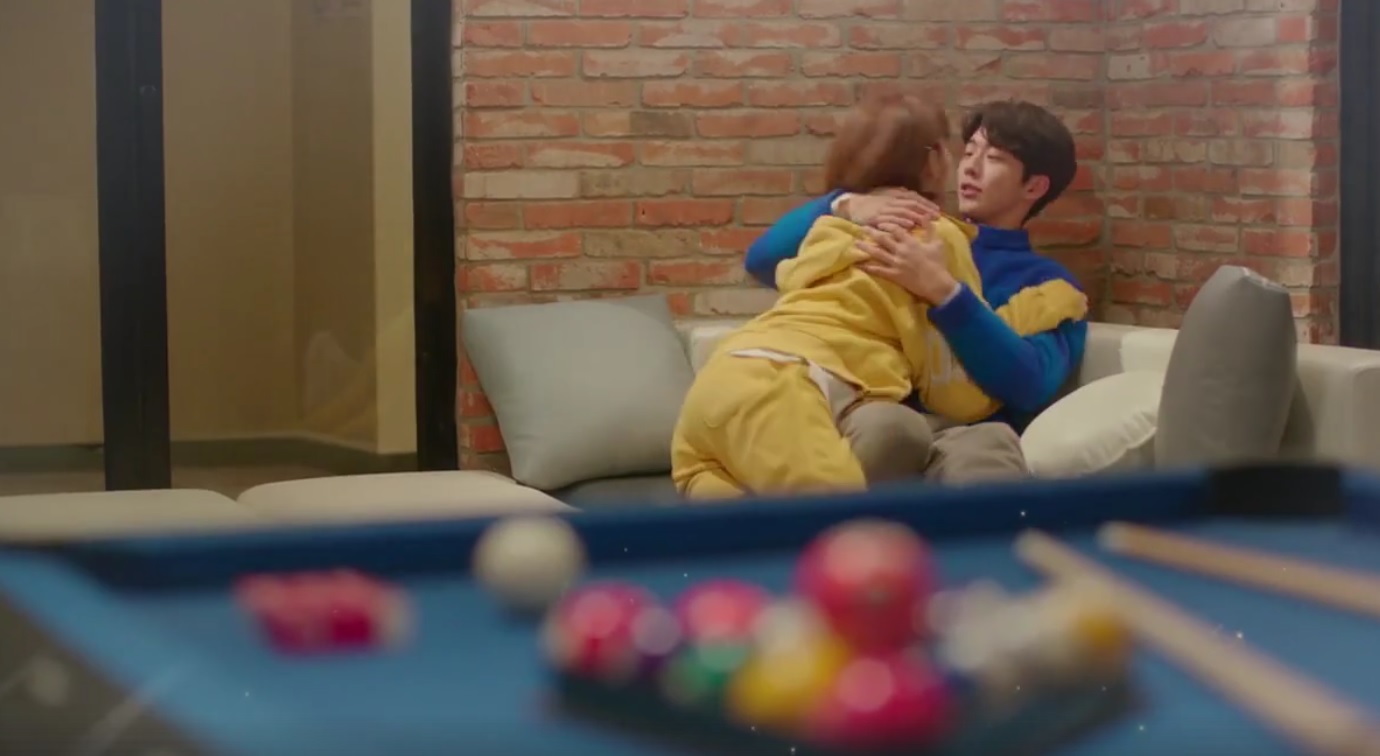 In the December 28 episode, Shi Ho was sent to the hospital from an overdose of sleeping pills from the previous episode. After hearing the news, Joon Hyung went to visit her, feeling guilty for ignoring her phone call earlier during his date with Bok Joo, who also went to visit Shi Ho. She felt responsible for being more concerned even though she had suspected that something was amiss.

Before Bok Joo’s arrival, Shi Ho took the opportunity to clear things up with Joon Hyung, apologizing for refusing to let him go before, and they promised to stay friends.

Bok Joo arrived at the hospital a while later bearing flowers, but her worry turned to jealousy at Joon Hyung’s caring gestures towards his ex-girlfriend. Even on the way back to school, Joon Hyung left her alone for a tad too long while answering a call from Shi Ho, causing Bok Joo to flare up. When Bok Joo refused to reveal the reason behind her anger, Joon Hyung’s confusion also turned into anger, and the couple parted on bad terms. 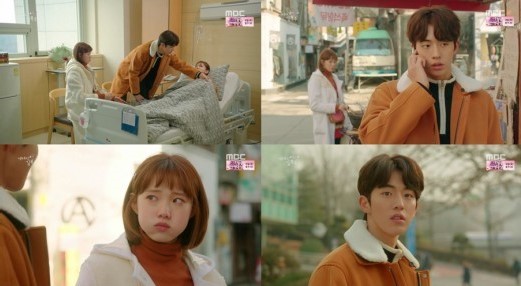 Later on, Bok Joo and the rest of the weightlifters staged a protest through the cold winter night to bring Coach Choi back. As it began snowing, Joon Hyung’s worry immediately took over his anger, and he went to visit his girlfriend. What followed then is an absolutely envy-inducing scene, as Joon Hyung tenderly pasted heat packs onto Bok Joo’s feet, and wrapped her in his jacket and scarf.

The next day, Bok Joo finally relented and told Joon Hyung honestly about her feelings. He was surprised, but gushed over his girlfriend’s cuteness. He also told her, “Let’s tell each other everything, from the sad to the stressful, and the embarrassing.”

The perfect heartwarming end to a lovers’ tiff!