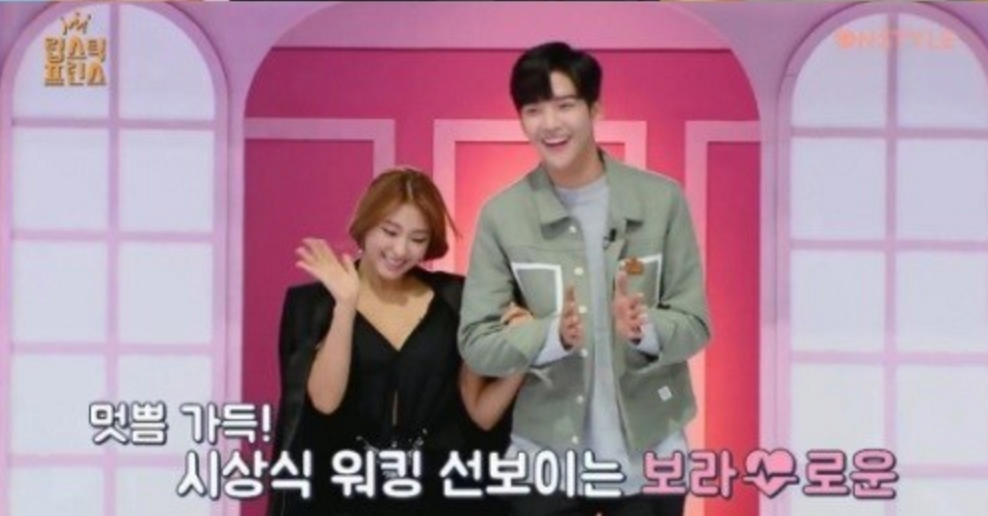 On the December 29 episode of OnStyle’s “Lipstick Prince,” the guests tried their hand at awards-show makeup for the episode’s princess, SISTAR’s Bora.

As part of the show, the guests had to do Bora’s makeup to match her outfit for an awards ceremony.

“After this shoot, I have to go to an awards ceremony,” Bora explained on the show. “So I want to receive some awards-show makeup. I will go to the awards ceremony exactly how the princes style me.”

The ‘princes’ learned makeup techniques from a makeup artist and practiced on a mannequin. In particular, UNIQ’s Seungyeon, who appeared on the show instead of BTOB’s Eunkwang, impressed everyone with his skills despite it being his first-time appearance.

Kim Heechul went first with Bora’s base makeup. As the two idols were close, they joked around and had a comfortable atmosphere together.

Tony Ahn tried his hand at eyeliner, and was so nervous that Bora could hear his heart. When he finished, he told Bora, “You’re so pretty that there wasn’t anything special to do.”

MONSTA X’s Shownu applied Bora’s mascara. As the two idols are labelmates and close, they gave off a brother-sister vibe to the audience. However, Bora said she couldn’t choose him as prince because of his rough hand movements. 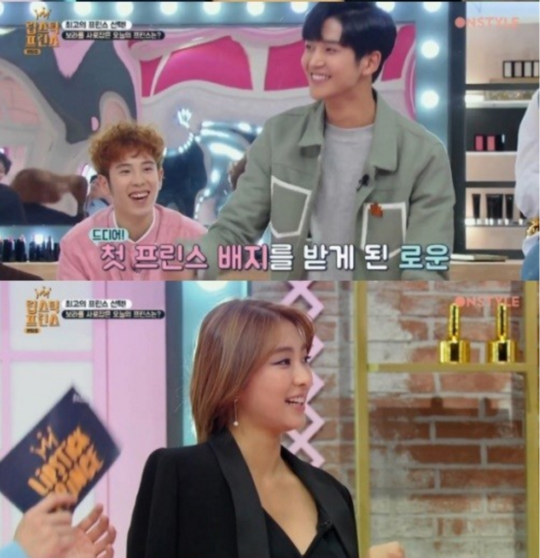 SF9’s Rowoon was in charge of her lipstick and even tied her hair back for her sweetly. He complimented her on the scent of her shampoo and applied her makeup by hand without even using a brush. Impressed, Bora chose him as the episode’s crowning prince based on his skill and his romantic lines.