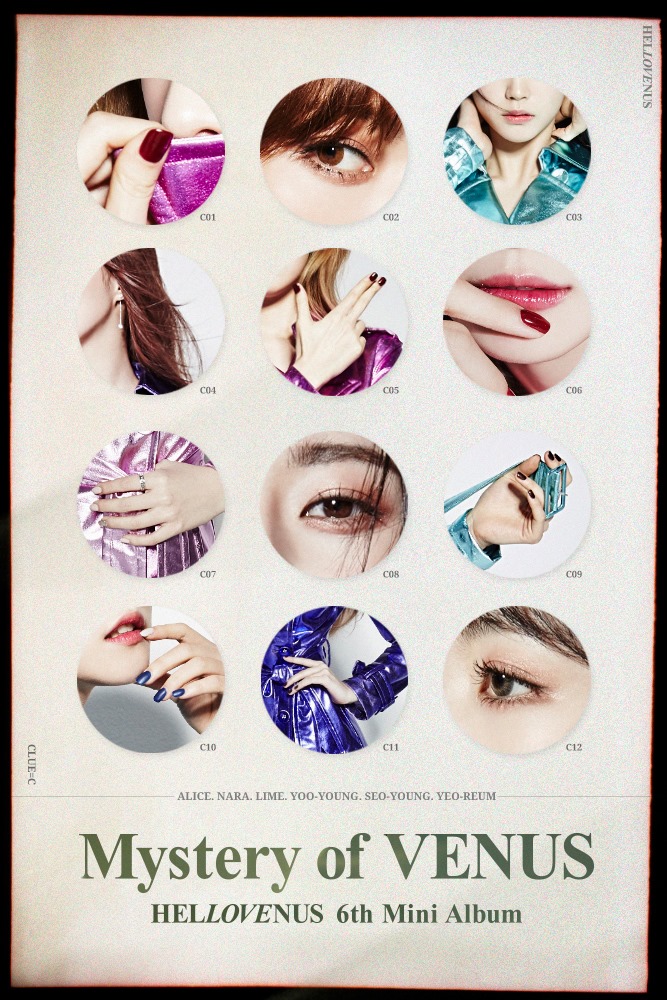 After a hiatus of a year and a half, Hello Venus unveiled a curious teaser image on December 30 for their upcoming comeback with a new mini album titled “Mystery of VENUS.”

The intriguing image shows an array of cuts focusing on Hello Venus members’ lips, eyes, hands, and other specific parts of the body. If you look closely, you can also see that each picture is accompanied by the letter C (for “C”lue) and a number, indicating that each piece is a clue to something.

An agency source explained, “Despite the teaser showing only pieces of an image, the sensual visuals of Hello Venus has people wondering about the hidden message behind the teaser. The title, ‘Mystery of VENUS,’ is hinting at Hello Venus’s comeback with new music and visuals.”

Hello Venus’s sixth mini album, “Mystery of VENUS,” will be released on January 11.

Can you guess the hidden message behind the teaser?