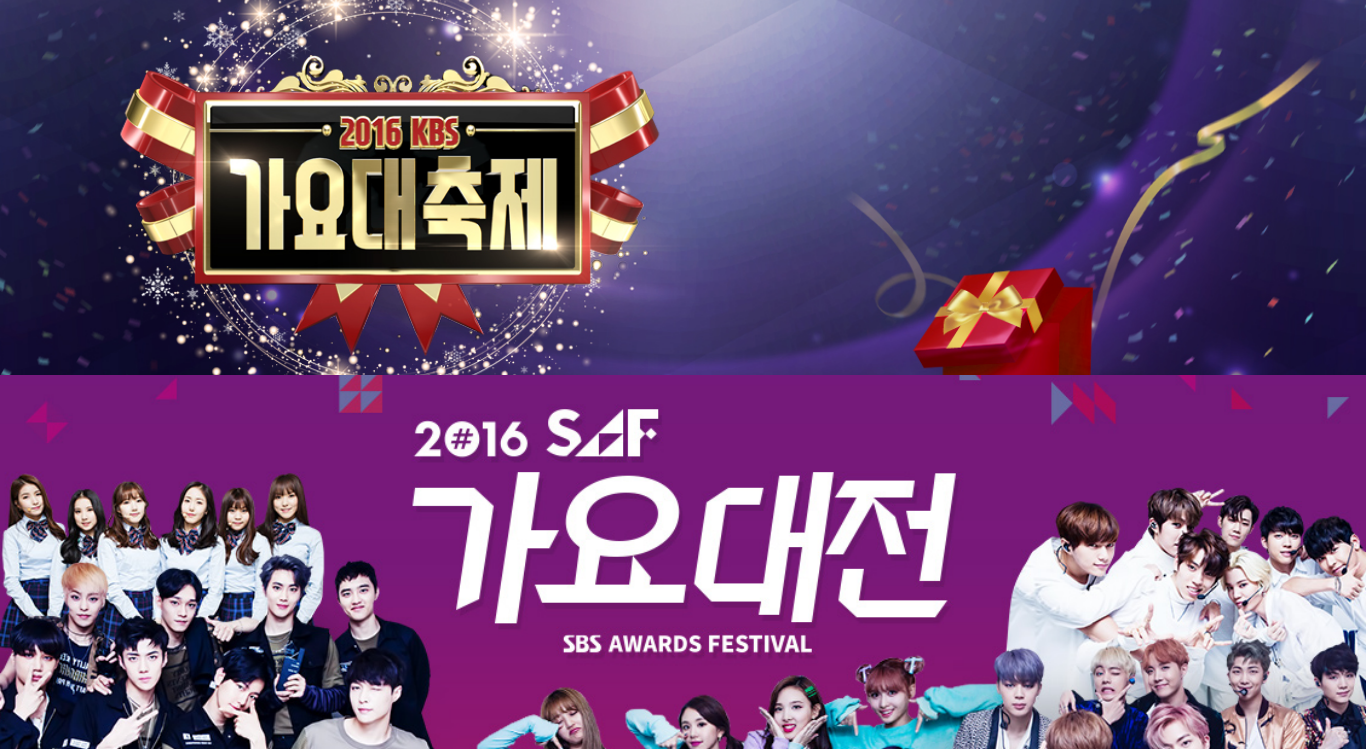 December 29 was a day for big events, with both the 2016 KBS Song Festival and the 2016 MBC Entertainment Awards scheduled on the same night.

Based on data from viewer ratings company TNMS, the 2016 KBS Song Festival achieved average nationwide viewership ratings of 6.5 percent. This is 0.5 percent lower than the average ratings for the 2016 SAF Gayo Daejun, which aired previously on December 26. The main viewers for both shows were women in their forties.

GFRIEND’s performance of “Rough” had the honor of gathering the most views during the 2016 KBS Song Festival with 10.3 percent ratings at 10:52 p.m. KST. This is even higher than GOT7’s record of 9 percent at the 2016 SAF Gayo Daejun during the performance of “Hard Carry” at 10:00 p.m. KST.