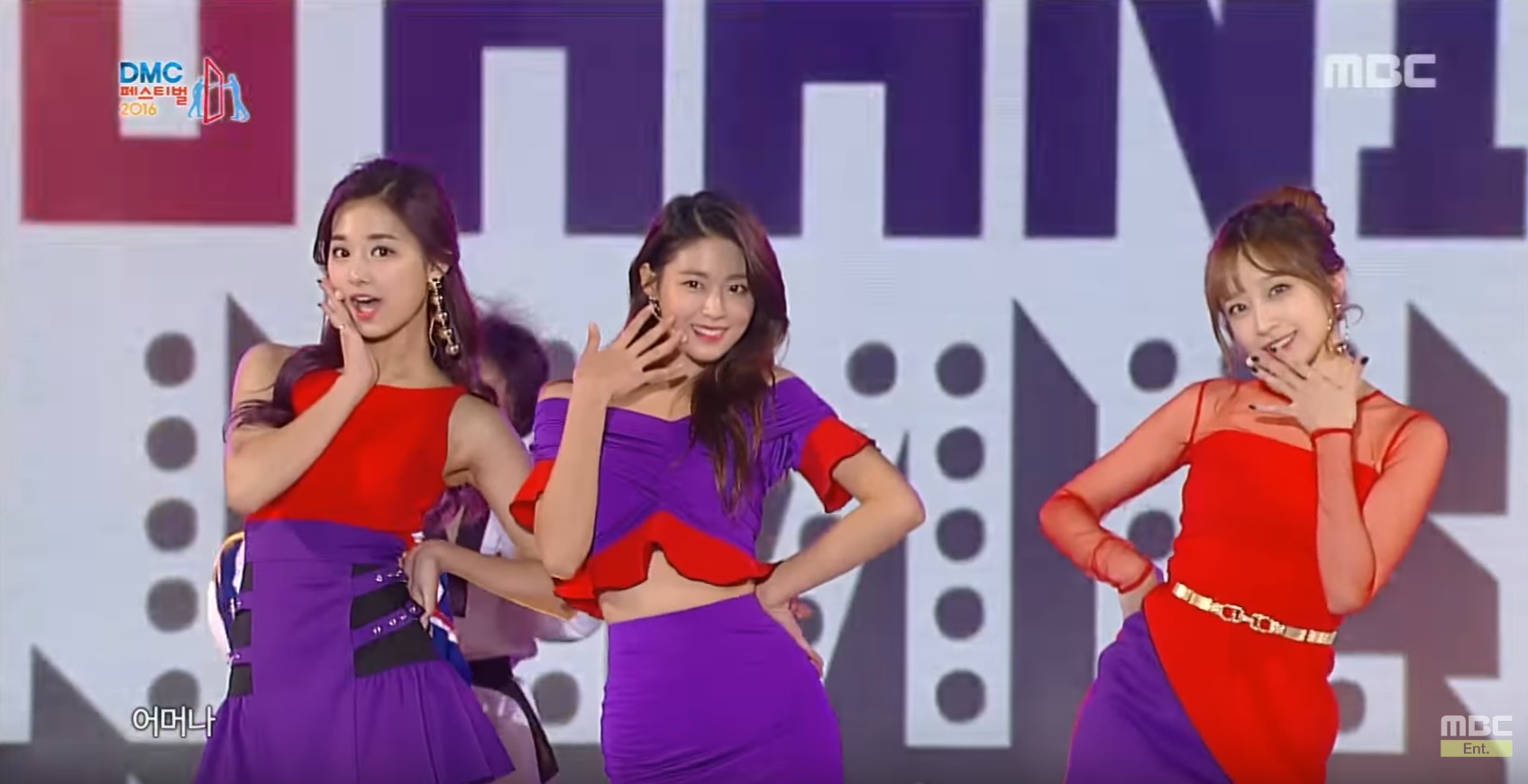 EXID’s Hani, AOA’s Seolhyun, and TWICE’s Tzuyu will be collaborating again for another amazing stage at the 2016 MBC Gayo Daejejun!

It’s going to be another stunning stage by the three visuals of their respective groups as they perform another remake of legendary K-Pop songs. The trio has previously worked together during the 2016 DMC Festival’s Korean Music Wave Concert, where their rendition of “Tell Me” and “Nobody” by Wonder Girls received a lot of positive attention.

Their stage is just one of several exciting collaborations that MBC has planned. On December 29, following the announcement of the collaboration between INFINITE’s Hoya and Dongwoo, and AOA’s Choa, it was also revealed that MONSTA X’s Jooheon and I.M will be joining their label seniors SISTAR’s Hyorin and Bora for another exclusive collaboration stage at the year-end music festival.

Other than inter-group collaborations, the “Time Slip Show”-themed MBC Gayo Daejejun will also feature remakes of ’90s hits by current groups B1A4 and BTS, as well as performances by 1st generation groups Turbo and S.E.S.

The music festival will be broadcast live on December 31, and the first lineup of artists has already been revealed.

What throwback tracks would you like to see them cover?