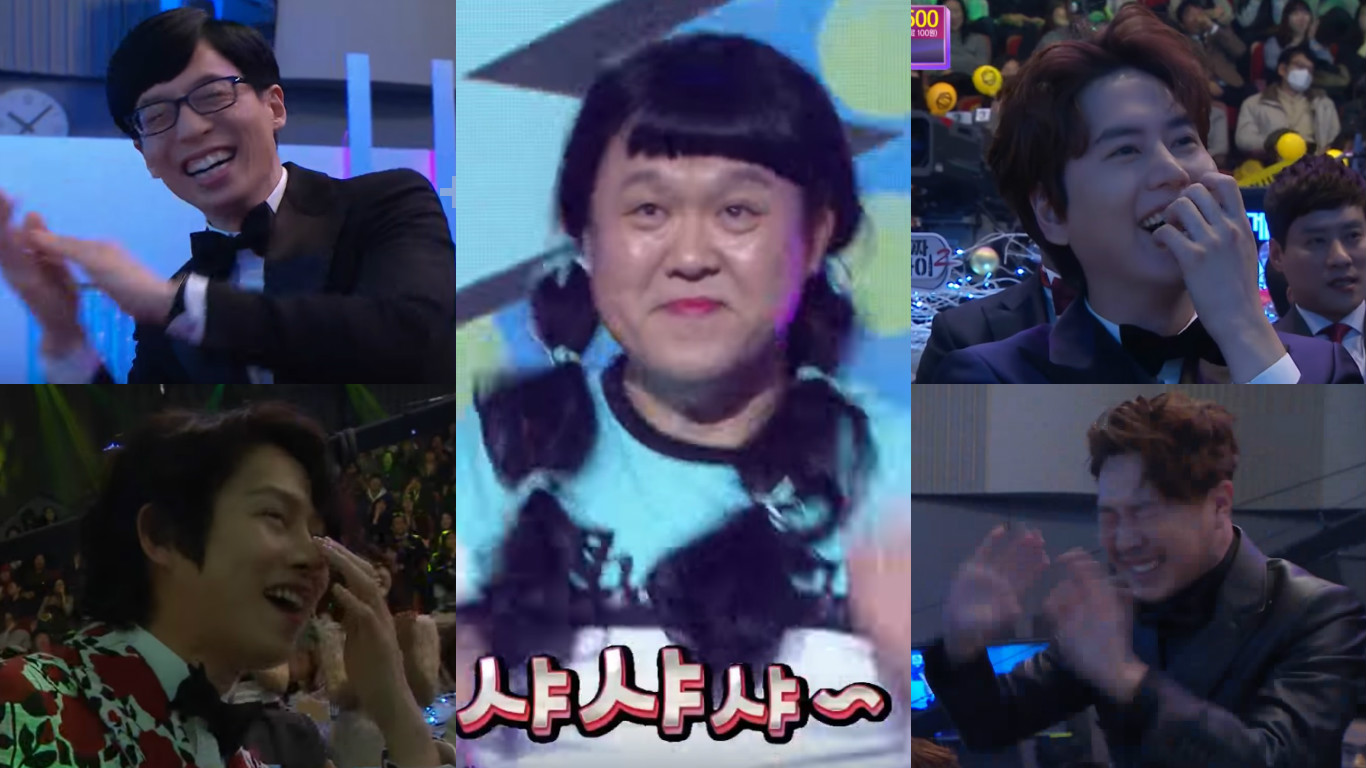 Watching male artists cover girl group songs is always fun, especially because they’re so surprisingly good at it! It’s no different for comedian Kim Gura, who flawlessly pulled off one of this year’s hottest girl group songs.

The 2016 MBC Entertainment Awards on December 29 surprised its viewers with a special stage by Dindin, Nam Chang Hee, Heo Kyung Hwan, and Hwang Je Sung, all of whom were dressed in cheerleader uniforms as they danced to TWICE’s “Cheer Up.”

However, a bigger surprise was lying in wait, as halfway through the song, the stage screen parted to reveal a giant gift box, from which Kim Gura emerged, donning a similar cheerleader uniform with pigtails to match.

Shedding his usual outspoken and sharp-tongued image, the comedian showed an uncharacteristically bashful demeanor as he did the signature “Shy shy shy” dance, before leading his co-performers in a lively finish till the end. It’s an energetic and bubbly performance that could almost rival the original, as long as you ignore that silent scream in Kim Gura’s eyes.

Thumbs up to Kim Gura and co. for the excellent performance! And congratulations too to Kim Gura on receiving the Producing Director Award, and Heo Kyung Hwan on his Excellence Award for Variety! The full list of awardees can be found here.

Watch the performance below and tell us whose reaction is your favorite!