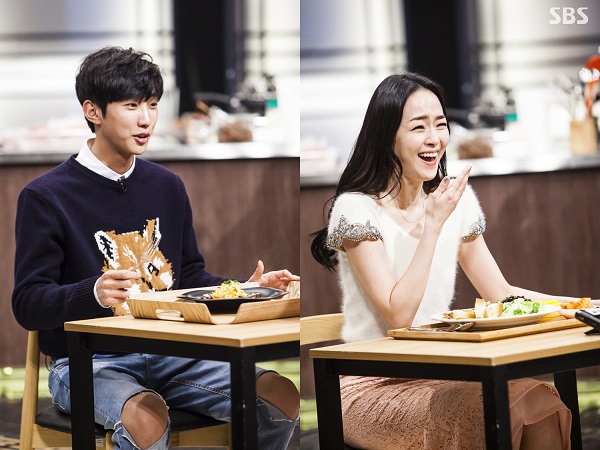 With Jinyoung around, B1A4 will never go hungry.

The idol will be appearing as a special guest for the upcoming episode of SBS’s “Baek Jong Won’s Three Great Emperors,” alongside singer Kim Yoon Ah.

At the episode’s pre-recording, both revealed the level their cooking skills are at. Rumored cooking expert Kim Yoon Ah. wowed the cast when she said, “I make rice bread for my children with a bread maker,” while self-proclaimed “cooking-dol” Jinyoung said that he knows the basic Korean food and pasta.

He revealed, “I often cook stir-fried kimchi and pork (duruchigi) for the members back in the dorm,” impressing the cast.

Jinyoung also showed off other skills like his famous helicopter sound imitation. MC Lee Si Young attempted the imitation, but it came out rather strangely, prompting comedian Kim Ji Min (a fixed guest) to ask if she needed to go to the bathroom, much to everyone’s amusement. 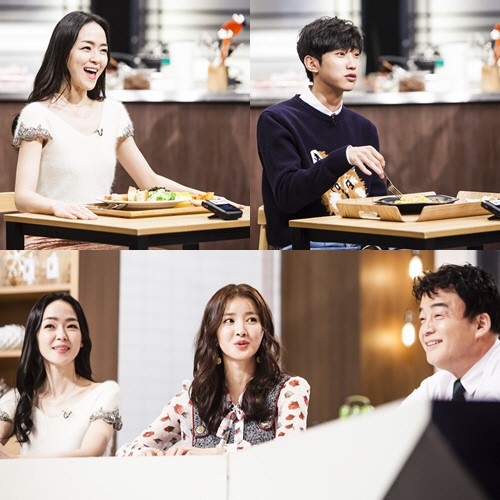 The episode will air on December 31, and will focus on making pasta and steak. Yum!