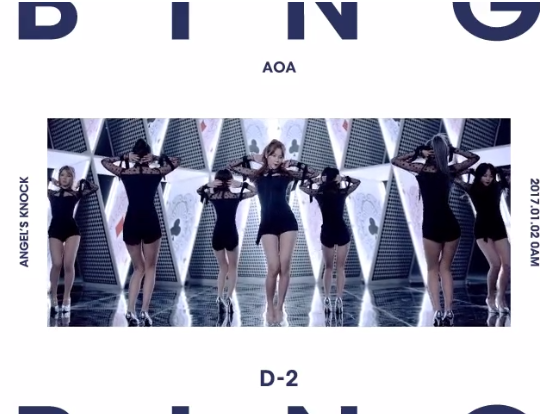 AOA is giving a fans a sneak peek at the choreography for their upcoming double title tracks!

“Excuse Me” shows some cute and feminine choreography with the members putting their hands up as they dance. As for “Bing Bing,” the members move their hips for a more sensual feel.

AOA will be releasing their album “Angel’s Knock” on January 2 at 12 a.m. KST. Prior to the release, the group will have a pre-comeback countdown show on V App.