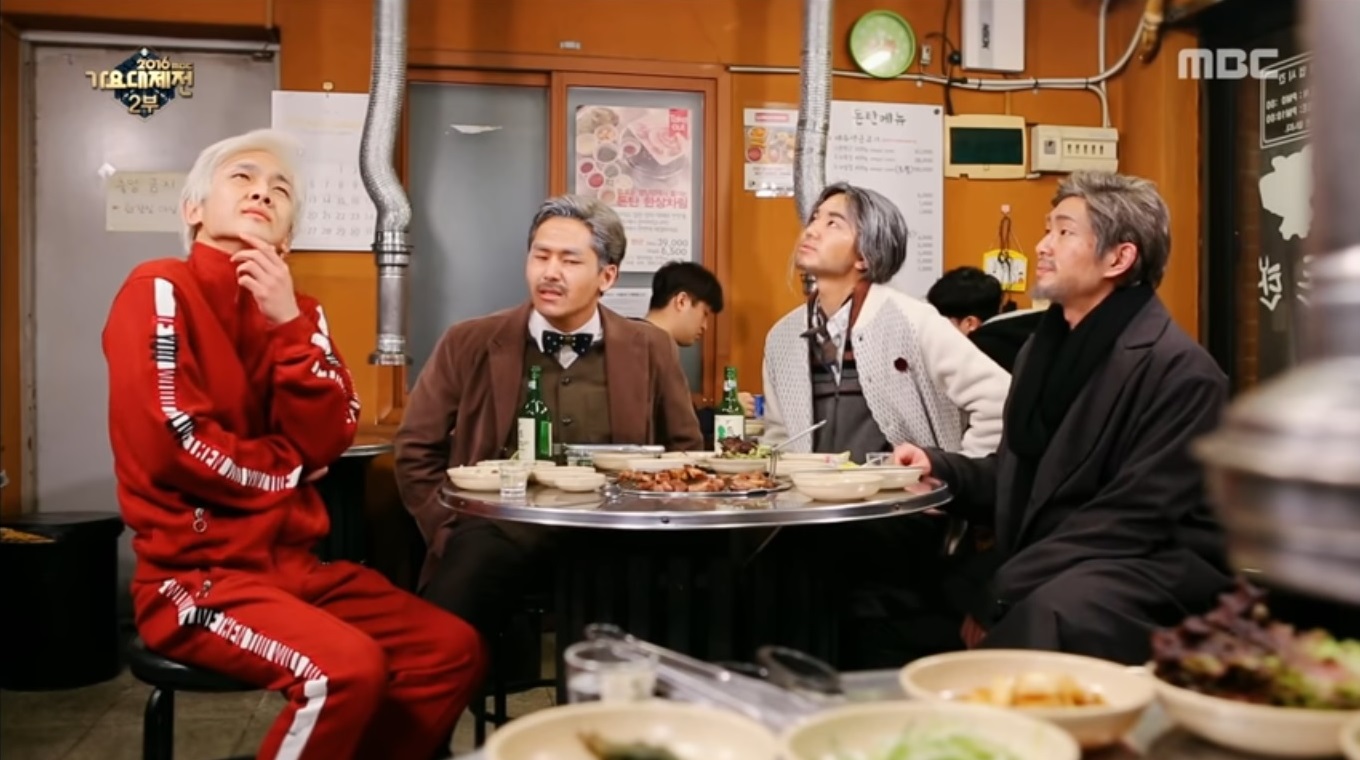 SHINee and INFINITE members appeared on a special clip during the 2016 MBC Gayo Dejejun!

On December 31, the second part of the live music festival opened with a video featuring members of the two groups.

The clip began in a kindergarten in year 2076. Three children were quarreling over whose grandfather is the coolest, when SHINee’s Onew and INFINITE’s Hoya in their 80s appeared to pick up their grandchildren. The two hugged in their excitement when they recognized each other, and later INFINITE’s Sungjong, who they initially mistook as a grandmother, and SHINee’s Key also made appearances as seniors. 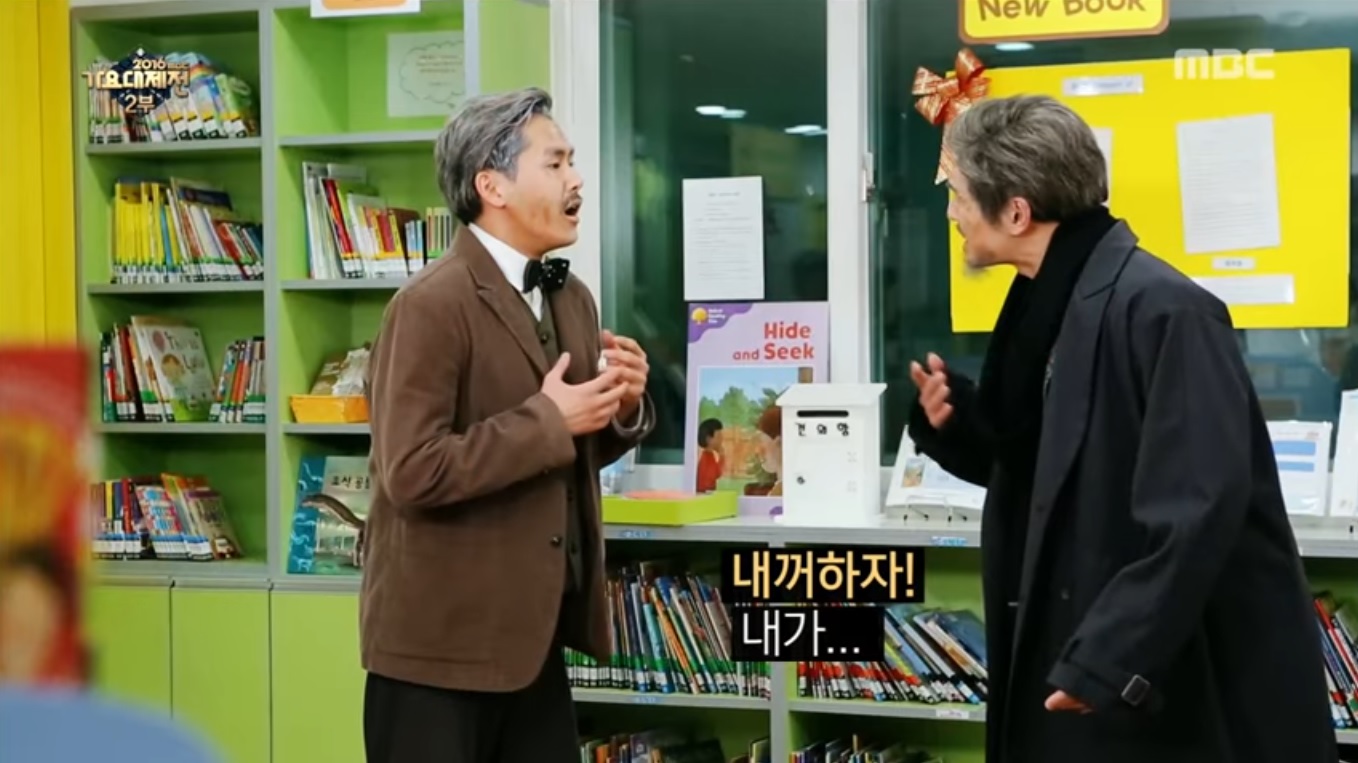 While the four reminisced about their days in K-pop, Hoya attempted to do their famous “scorpion dance,” and the SHINee members danced to “Ring Ding Dong.”

The boys wistfully exclaimed, “It was great back then. If only we could go back just one more time.” 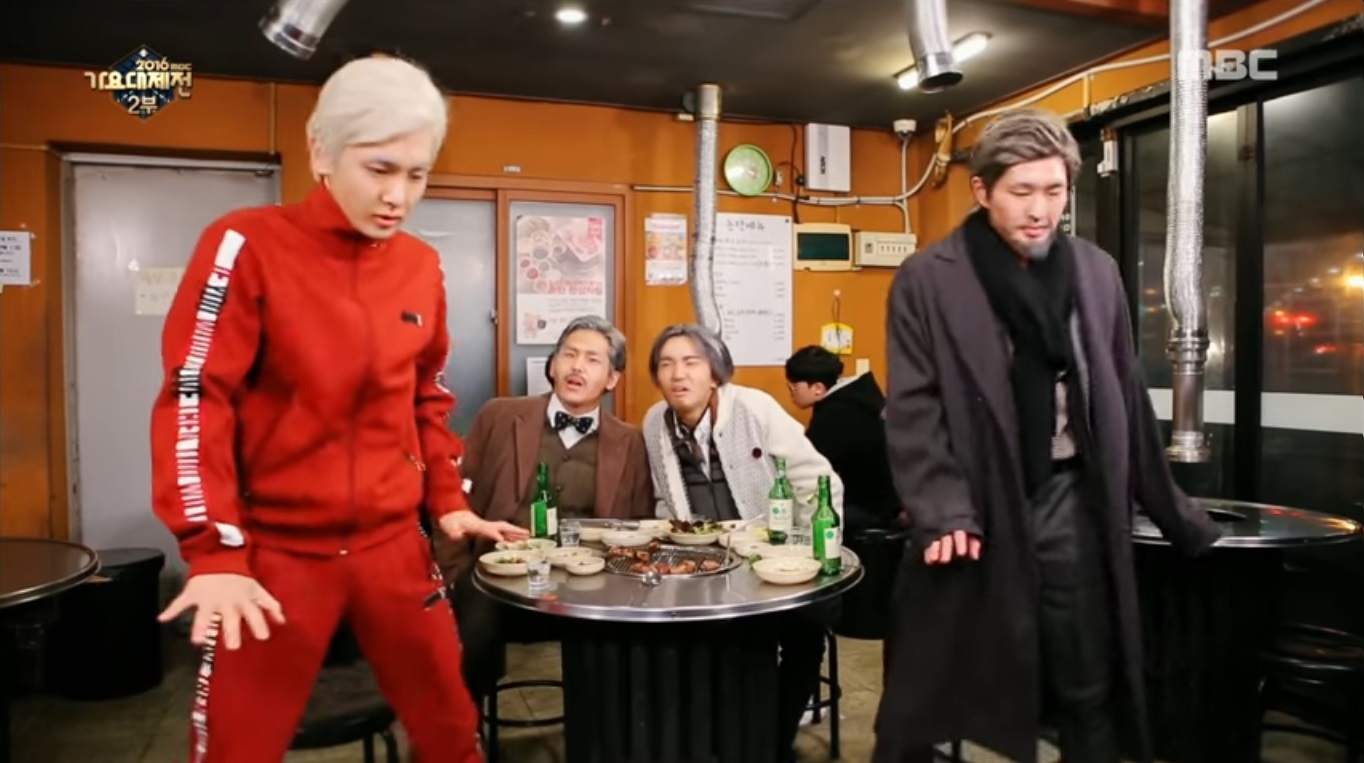 Cut to the music festival in 2016, INFINITE performed “Before the Dawn” with their signature snappy choreography, and SHINee left a strong impression with their “Ring Ding Dong” stage.

Watch their performances at the 2016 MBC Gayo Dejejun and catch the hilarious special opening clip below!