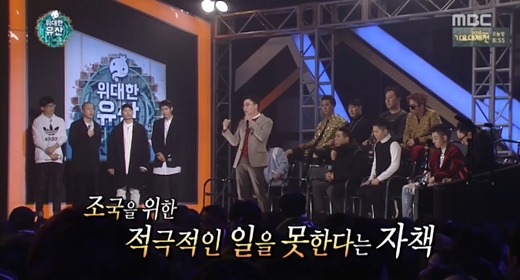 The December 31 episode of MBC’s “Infinite Challenge” featured the climax of the history and hip-hop project with performances from Yoo Jae Suk and Dok2, Park Myung Soo and DinDin, Jung Joon Ha and Zico, Haha and Song Mino, Kwanghee and Gaeko, and Yang Se Hyung and BewhY.

The “Great Inheritance” special, as it was called, was meant to spread the knowledge of Korean history through fusion with the musical genre hip-hop. Each team selected their theme after listening to the lectures of Seol Min Seok, a professor of Korean history. 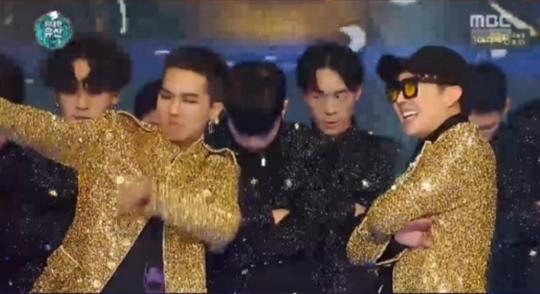 First up was Haha and Song Mino, who performed a song called “Shoot” about the famous general Lee Soon Shin. The professor complimented them on their ability to bring out historical themes. Song Mino said of the general, “The country threw him away, but he did not throw the country away.” 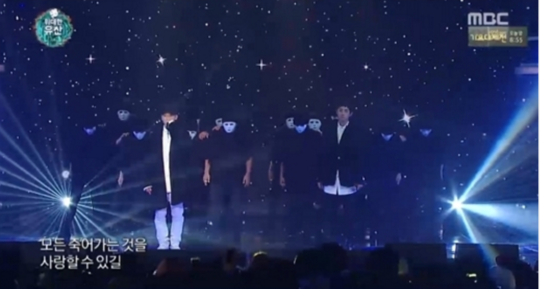 Kwanghee and Gaeko went next with “Your Night” about the poet Yoon Dong Joo. The singer Oh Hyuk also made a special appearance. The professor said, “Yoon Dong Joo is a person who took a stand through his pen. He resisted by writing poems in Hangeul [Korean script]. He was very shy and couldn’t go to extremes, so this was a meaningful stage in his name.” 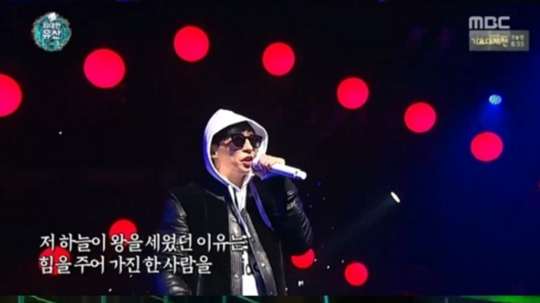 Yoo Jae Suk and Dok2 performed “Like” and honored the achievements of great historical figures. Singer Lee Hi featured in the performance. The professor said, “Everyone struggled the most with history and the situation was dire. But you weren’t bad students, you were top students with 100 percent.” 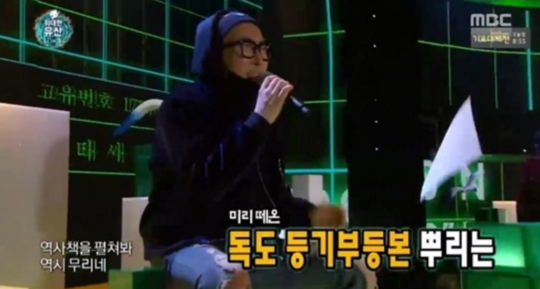 Park Myung Soo and DinDin (with a surprise appearance from Mad Clown) performed “Dokdo-ri,” a song about the island of Dokdo. The island has been involved in a territorial dispute between Japan and South Korea for several years. During the performance, copies of the Dokdo Island Register were scattered to the audience. 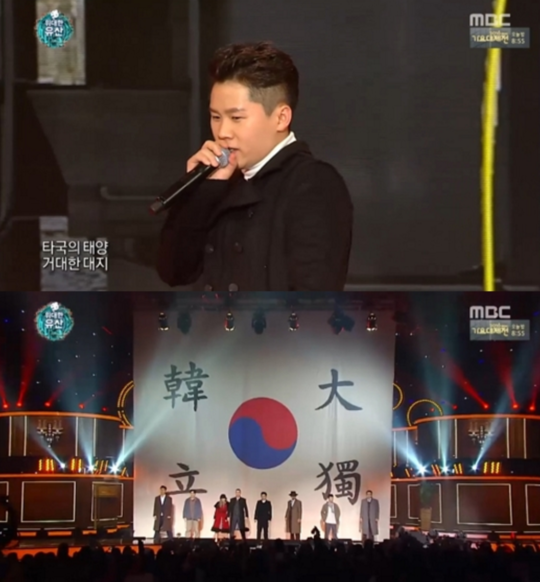 Yang Se Hyung and BewhY performed “Manse” about the independence movement in the twentieth century. BewhY even dressed up as a patriotic martyr and appeared on stage with Harbin Railway Station in the background. 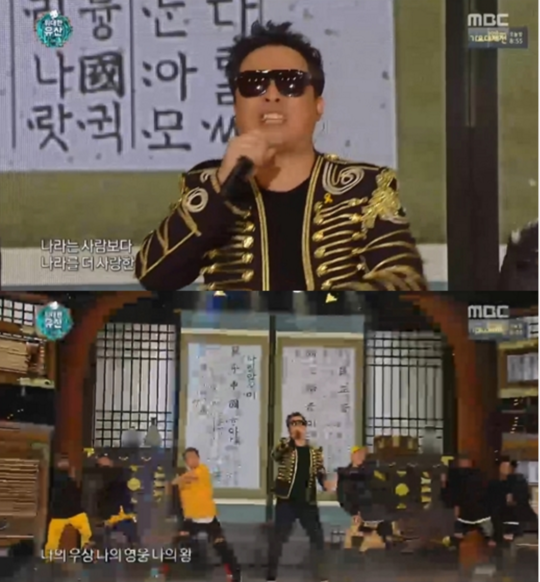 Finally, Jung Joon Ha and Zico collaborated on the song “When You’re Tired” about Sejong the Great. Kim Jong Wan of Nell also made an appearance during the performance.