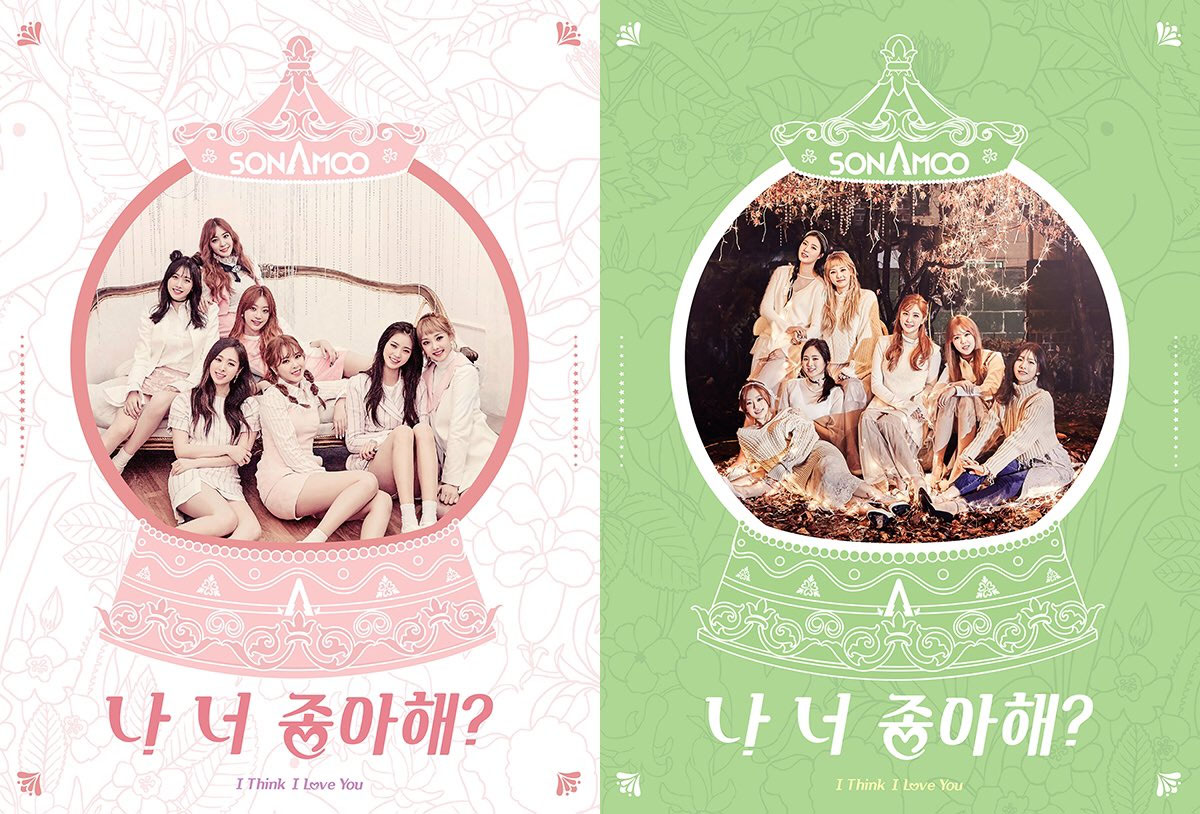 Girl group SONAMOO has revealed the album cover photos for their comeback album “I Think I Love You”!

After teasing fans with concept images of each member, all seven girls can finally be seen together on the album’s two album jacket designs.

According to TS Entertainment, the album art is inspired by the winter season. The pink and white cover complements the girls’ more youthful and innocent charm, whereas the green cover has a bit more of a bold and dreamlike concept.

“I Think I Love You” is the group’s first single album and will gift fans with four new SONAMOO tracks. The album was produced by Shin Hyuk, who also produced tracks for a number of other famous pop stars, including EXO, Justin Bieber, VIXX, and SHINee.

This is the first of the teasers the group has lined up for the week. According to a previously released schedule, they will be updating fans with an album teaser on January 4, then a music video preview on January 6.

The full album, including the music video for its title track, will be released on January 9. On the same day, the girls will be performing a special promotional showcase at YES24 MUV Hall in Seoul.

Who is looking forward to checking out the new album?

Check out SONAMOO’s latest teaser for their album!