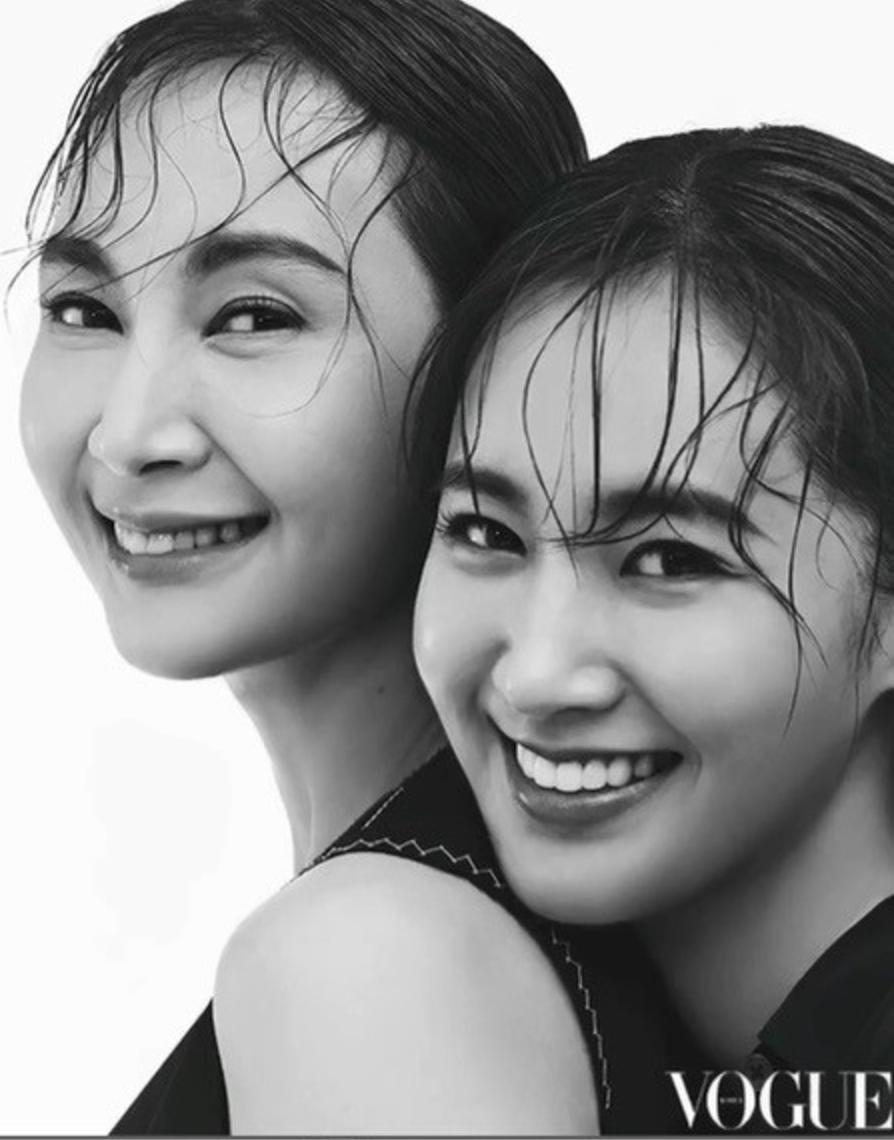 On January 2, Vogue Korea uploaded shots from the pictorial onto their Instagram with a caption that reads, “Their beauty has pierced through 1984 to 2017. Even sharing similar smiles, it’s as if Chae Si Ra and Yuri are playing pretend as twins, transcending time and space.”

Known for looking like one another, Chae Si Ra and Yuri are striking elegant poses in the photos. Just from looking at the two, believing they’re mother and daughter or even sisters sounds plausible.

Meanwhile, Yuri’s new drama, “Defendant,” will air on January 16 KST on SBS. She will be playing Seo Eun Hye, a public defender who fights for justice. Chae Si Ra recently presented an award at the 2016 KBS Drama Awards.

Check out their stunning shots below!