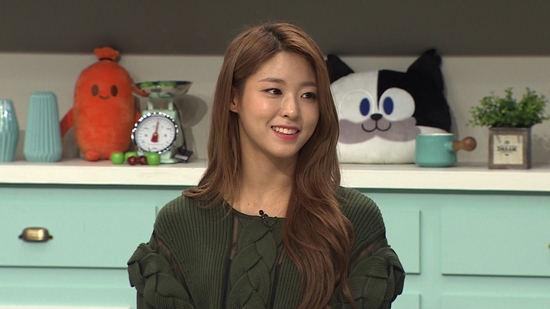 AOA’s Seolhyun Reveals How She Maintains Her Glamorous Figure

On the January 2 episode of “Please Take Care of My Refrigerator,” AOA’s Seolhyun revealed the secret to how she maintains her figure, confessing that she has just about had it with fad diets.

“Since I began dieting at a young age, I tried the lemon detox diet, the Denmark diet, juicing, just a whole lot of diets,” the singer began, adding that dieting just did not seem to work for her.

Instead, Seolhyun explained that eating what she wants to eat actually helps her lose weight, as the stress from dieting tends to cause her to overeat more than she would otherwise.

However, fitness still remains important to her. When she has the time to work out, she dedicates herself to getting some exercise in, particularly through pilates and private physical trainers.

She also surprised cast members when she shared that when her agency expected her to diet, she would secretly eat what she wanted on the way to school. She would even sneak snacks into the bathroom.

Meanwhile, the idol disclosed a few other secrets during her guest appearance on the show, including just how much the girls of AOA earned in 2016.

Check out the January 2 episode of “Please Take Care of My Refrigerator” to find out what else the star revealed!

AOA
Please Take Care of My Refrigerator
Seolhyun
How does this article make you feel?