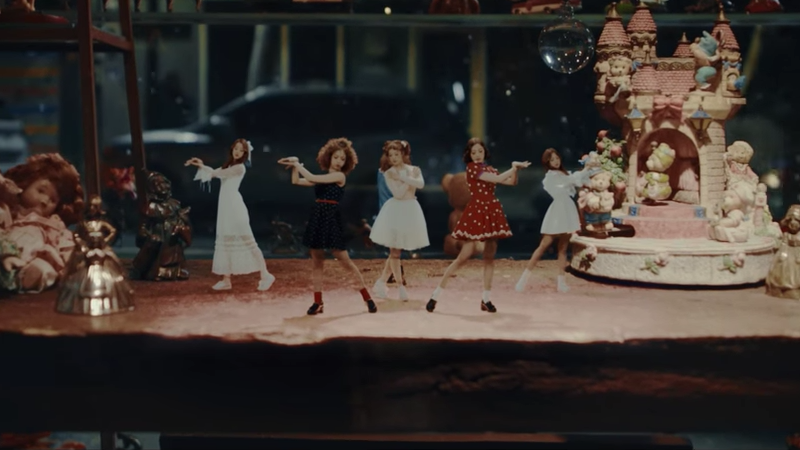 In the video, a man looks into a cabinet full of dolls, with some of them being the APRIL members themselves. The title track is a part of APRIL’s third mini album “Prelude,” which will reportedly show off a more mature, classy side of the group.

The group also previously revealed a dance teaser featuring member Rachel, who showed off her ballet skills as she hinted at the group’s newest choreography. They also released an album preview featuring short snippets of all the tracks that will be included in this mini album. APRIL has already held their first comeback stage on December 29, at their album showcase.

Stay tuned for updates when the album and full music video drop on January 4!