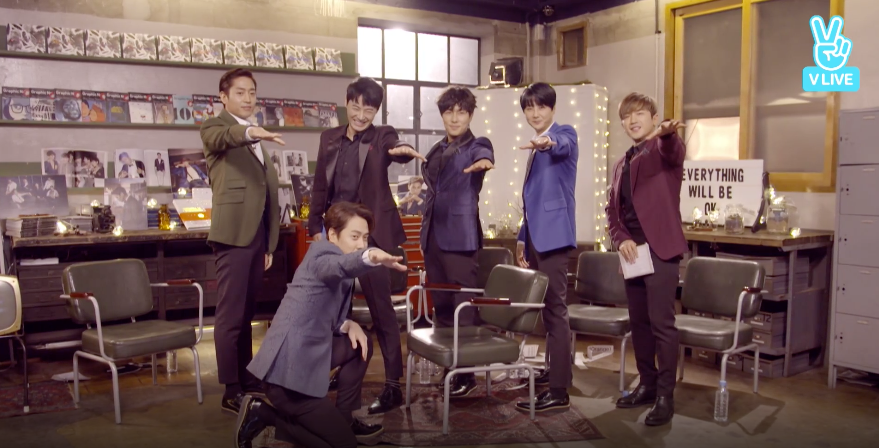 Shinhwa expressed their worried feelings ahead of appearing on “Weekly Idol” for the first time.

Lee Min Woo, the best dancer of the group, put on a concerned face and wanted Jun Jin to take his place in the center, but was disappointed by the fact that they have to stick to their original dance formations.

Then, Shin Hye Sung frankly revealed, “I’m worried about Eric,” but Eric himself replied with confidence, “Anything under four times the speed doesn’t even qualify as dancing,” making the other members burst out in laughter.

Are you ready for Shinhwa’s already hilarious episode of “Weekly Idol”?