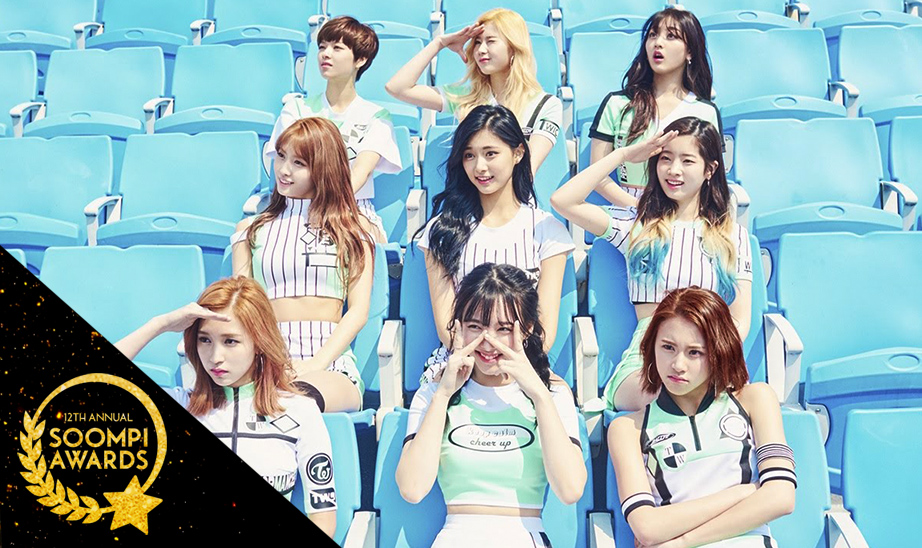 15 K-Pop Albums That Dominated Our Playlists In 2016

So much good music, so little time. How can we listen to it all? Fear not Soompiers — we got you. Take a look at this list of the nominees for Album of the Year in the 12th Annual Soompi Awards!

While “Cheer Up” is the go-to karaoke song, there are many other gems in this album, such as “Precious Love” (a remake of the 1988 Park Ji Yoon song) and “Wearing Headphone,” both of which are catchy as heck. Any song from this album could have been the title song, and these girls would still have shot to fame. Alternating between pep and heart, this is an album that’s sure to cheer you up on a gloomy day!

Along with sweeter tracks like “Cloud 9” and “Stronger,” songs like the ever-empowering “Can’t Bring Me Down” round out EXO’s 3rd album. While the slower songs are good for days you feel like skipping down the sidewalk, the heavier tracks are perfect for a late night jam sesh.

Cheerful and bright, these girls could make sunflowers bloom. “Navillera” is a crowd favorite, but other tracks like “Click” and “Compass” are worth noting as well. “Click” also has one of the cutest lines ever: “Smile, I don’t mind if you say kimchi or cheese.”

With a dash of swaggy hip-hop like “Taller than You,” a few cups of retro-style songs like “Cat Fight,” and a sprig of R&B like “I Miss You,” this album is a melting pot of different genres for even the pickiest listener. Fun fact: Did you know that all four members took part in the songwriting?

Chanhyuk has a brilliant way of capturing the little things in life and turning it into music. His observations and insightful lyrics always makes you feel flowers in your soul, and it’s quite lovely. This album is no exception: it’ll warm you up from head to toe.

Reminiscent of what K-pop sounded like before 2010, this album is both fierce and croony. It’s a very “moody” album and has a song for all occasions. Whether you’re getting ready to slay at the club or trying to get over a break up, this album has got it all.

Known for their catchy bops, this album is no exception. With its pep and cheer, it’s a light-hearted album best saved for heavy gloomy days.

Lee Hi is finally back, and boy, have we missed her beautiful voice! Her music is a breath of much-needed fresh air. With her clear and powerful vocals, this entire album is the healing 2016 needed.

Eunji has one of the warmest voices in K-pop. Listening to this album was like walking a sun-kissed road with a warm spring breeze filling your soul.

Full of upbeat dance tracks with the occasional ballad, it’s impossible to sit still while listening to this album. It’s a solid set of tracks perfect for those moments when you just want to dance. The ballads weaved in throughout the album will also give you moments to cool down — just so you can get back to the dancing, of course.

As of late, SM Entertainment has started to experiment with different genres within K-pop, especially with the older artists like Taeyeon, and it’s adding much needed pops of flavor into the K-pop scene. This album was one of those pops in this scene. Showcasing her powerful vocals, this album reminds you who the original queen of K-pop is. (BoA is a goddess — she doesn’t count.)

It’s been forever and a day since BEAST came back — and come back they have. After a hard day of work or school, calm your hearts with soothing tracks like “Butterfly.” With a totally revamped style, their smooth vocals will carry you through this album.

This album is very easy to listen to and pleasant. You sort of ride the beats and rhythm. It’s hardly cafe material, but there’s a soothing undertone to all the tracks.

With seven solo tracks showcasing each member’s voice and producing talents, this album leaves little to be desired. The message of this album will resonate with everyone, as each member tells the stories, desires, and struggles of the rough, but beautiful, period called youth.

The retro is strong this year! There’s been a 90s throwback trend as of late, and it wouldn’t be a stretch to say that SHINee probably had a big part in it. After all, they are the kings of trendsetters. This new jack swing album is the bomb, and I hope this style of music continues on into the new year!

Wishing everyone much luck this year!