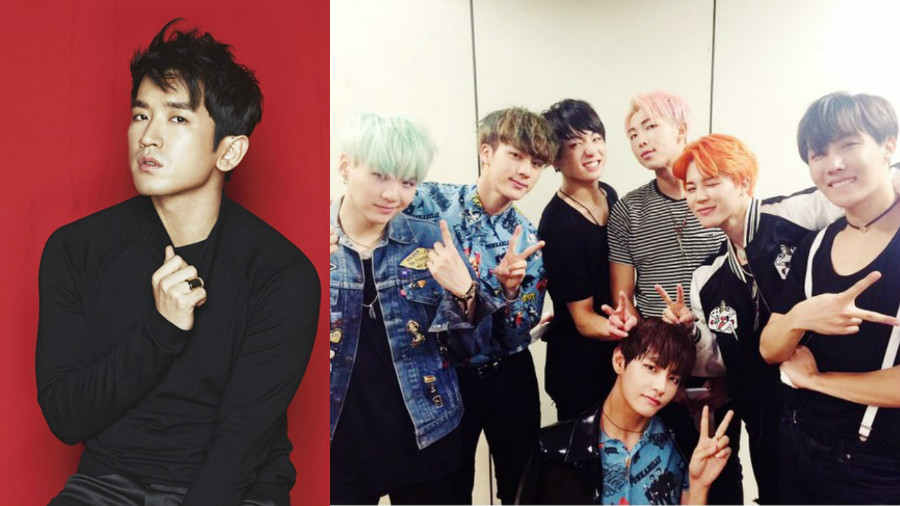 In the midst of all the idol groups that say they want to be like Shinhwa and stay together for a long time, Shinhwa’s Lee Min Woo has picked BTS as the idol group with the most potential to become “the next Shinhwa.”

Lee Min Woo revealed how he met BTS: “I used to dance with BTS’s choreographer back in the day. He introduced BTS to me when they were rookies. At the time, they didn’t have a group greeting, so I told them that they would need one.”

He said he predicted BTS would do well because they were so passionate. “Sure enough,” Lee Min Woo said, “they’re receiving a lot of love right now. And I don’t know if it’s because I filmed ‘Celebrity Bromance’ with Jungkook, but I have a special affection toward BTS. I’m so happy that they’re doing well.”

Shinhwa just dropped their 13th album, “13th Unchanging,” on January 2, and will be releasing their music video for “Touch” on January 6.

BTS
Shinhwa
Lee Min Woo
How does this article make you feel?