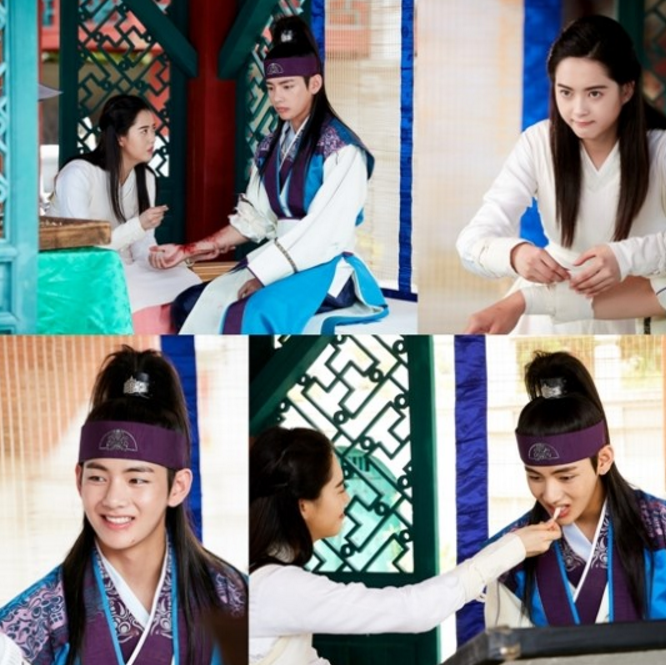 On January 3, KBS’s Monday-Tuesday drama “Hwarang” released the stills for its sixth episode, where Aro (played by Go Ara) takes care of Han Sung (played by Kim Taehyung), a Hwarang warrior with a bright and pure smile.

The images show Aro cleaning up a wound on Han Sung’s arm, as he smiles brightly at her despite the injury. The two characters are set to act like brother and sister, but also like friends. Many are curious to see how Kim Taehyung’s character becomes injured in the upcoming episode.

Hwarang
Go Ara
V
How does this article make you feel?