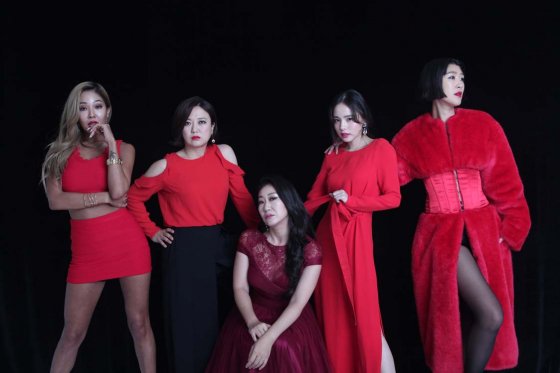 While the casting process of “Sister’s Slam Dunk” season two is still underway, Jessi’s agency and Min Hyo Rin’s agency have both told a local news outlet that they will not be appearing in the next season.

On January 3, “Sister’s Slam Dunk” producer Park In Suk stated, “We have to officially begin putting pieces together for season two now. We’re still in the casting process.”

In earlier news, a news source released an article stating that everyone in “Sister’s Slam Dunk” will be leaving the show except Kim Sook.

Producer Park In Suk clarified, “It is true that Kim Sook will be staying, but the final result will be different than what the media is saying. There is a possibility of a member change.”

After this was posted, sources from the agencies of Jessi and Min Hyo Rin told news outlet Star News that they will not be joining the show for its second season.

A source from Jessi’s agency YMC Entertainment stated, “Jessi has decided to not appear on ‘Sister’s Slam Dunk’ season two.”

Jessi will reportedly be focusing on her music career with the goal of releasing a new album this year. Min Hyo Rin will also be focusing on picking out her next work.

Meanwhile, the second season of “Sister’s Slam Dunk” is planned to air in February.

Who do you think should join the show?