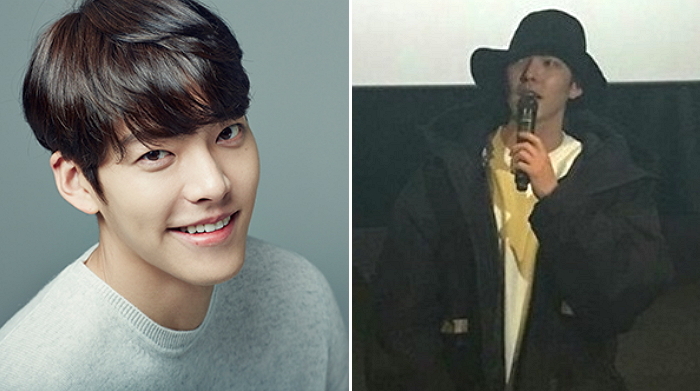 On December 29, Kim Woo Bin made a surprise appearance at a movie theater that was screening his latest production, “Master.” This was an unplanned event, as Kim Woo Bin was originally scheduled to visit Busan on December 30 and 31 with his co-stars.

However, he heard that his ill grandmother and other family members would be watching the movie on December 29, and decided to put everything else aside so he could see his family.

After the movie, Kim Woo Bin removed the hat he was wearing and was met with thunderous applause as he greeted the audience.

The actor explained why he was there and added, “I apologize for the sudden appearance, and am grateful [for the response].”

Kim Woo Bin’s love for his grandmother is said to have led everyone to leave the theater feeling warm and moved.